This women's history month, theGrio highlights the achievements of four Black women who have been producers for their own music as well as fellow artists 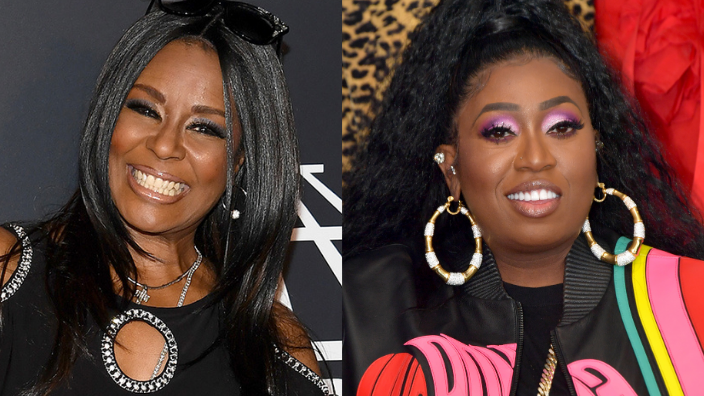 In Genius: Aretha, the National Geographic mini-series about the Queen of Soul, Aretha Franklin (played by Cynthia Erivo) explained to her future road manager and boyfriend Ken Cunningham that while Jerry Wexler and Arif Mardin were her producers, she contributed to the arrangements of most of her recordings, selection of the material as well as booking musicians for the sessions.

Cunningham, portrayed by Tip “T.I.” Harris, said that sounds like what a producer does.

Franklin would go on to request — then demand, and eventually receive — producer credits on a string of albums produced by Wexler and Mardin, as well as the great Quincy Jones, throughout the 1970s. For a Black woman to have the position as a producer of her own music was a remarkable achievement then, and it still is today.

Had it not been for Franklin, artists like Erykah Badu and Lauryn Hill may not be producing their own material today.

READ MORE: Work It! 5 Things we could all learn from Missy Elliott

The role of the producer in the creation of music is a crucial one. The definition of what a producer is, particularly for Black musicians, has been more blurred than ever. However, whether you’re in charge of making beats and hooks for rappers, coaching vocals and selecting musicians and engineers, or involved with selecting material for an artist to perform, a producer is a valuable commodity.

When you think of who are the best producers, the following names usually come to mind: Quincy Jones, Babyface, Jimmy Jam & Terry Lewis, Pete Rock, Dr. Dre, The Neptunes, Timbaland and Swizz Beatz. Notice something? Not one of them is a woman.

So why is that? Is it because there aren’t any great women producers? Quite the contrary.

Badu, who’s been heavily involved in the production and arranging of most of her albums, explained why she believes that there are more male producers than female during a 2013 guest appearance on The Music Snobs Podcast. “Producing is a very left-brain concept. It’s a very structure orientated concept. Men communicate from that side a lot more often than women do,” Badu explained. “We operate from a right brain, emotional, creative side.” She also acknowledged how the patriarchal-leaning music business doesn’t make room for female producers to thrive.

“This is a man’s world, definitely,” Badu stated, “and I think when not fashioned for the consumption of male entertainment, I think things and art that women [create] kind of go unnoticed.”

True, the quantity of Black female producers of notoriety are sparse in mainstream music, but the quality of their output is has proved not only to be strong and impactful, but incredibly influential as well. The music that’s been the result of female producers has inspired the sound of a great many artists and albums over the years. Here are four such producers:

A Black woman producer is responsible for rap music as we know it today. Sylvia Robinson, an R&B singer from the 1960s saw the potential reach of rap music in the late 1970s. As a result, she created The Sugarhill Gang and produced what’s regarded as the inaugural rap recording, “Rapper’s Delight.” Enlisting a session band to record a live replaying of Chic’s hit single “Good Times,” Robinson not only ushered in rap for the masses, but she also pioneered the modern template for sampling and interpolations that we here in hip-hop music past and present.

Later that year, Robinson produced and composed “Funk You Up” the first rap record by an all-female group, The Sequence, which featured future Grammy-nominated soul singer Angie Stone. The bouncy beat and gurgling bassline, “Funk You Up” followed what was becoming a signature sound from Robinson of danceable rap. The song’s influence has lived on through samples by Dr. Dre and Erykah Badu.

Nearly three years later, she was behind the boards for Grandmaster Flash and The Furious Five’s “The Message,” arguably one of the most important rap songs ever recorded. With its iconic, icy synthesizer melody line and one of the most impactful hooks ever written – “Don’t push me, ‘cause I’m close to the edge/I’m trying not to lose my head” — “The Message” ushered in hip-hop as a mirror of turmoil and chaos happening in Black ghettoes all over the nation.

Angela Winbush was one-half of the popular R&B duo Rene and Angela, who both served as songwriters for acts like Janet Jackson and Rufus and Chaka Khan. After co-writing hits like “Young Love,” and “I Learned To Respect The Power of Love,” Winbush was able to break out as a producer as well.

She was able to help extend the hitmaking of Rock & Roll Hall of Famers, The Isley Brothers, producing and writing a majority of their 1987 and 1989 albums, Smooth Sailin’ and Spend The Night, respectively. Each of the album’s title tracks rose to number three on the Billboard R&B charts, aiding in their transition to their 1990’s revival from singer/songwriter R. Kelly.

Winbush’s sound was of a silky, sensuous setting, tinged with earnest sophistication, putting the emphasis on bass and drums with atmospheric synths that gave her songs with the Isley’s and hits like Stephanie Mills’ “Something In The Way (You Make Me Feel),” a dramatic and mature sound that was a hit with R&B audiences in the 1980s.

It is possible that Missy Elliott, along with her partner Timbaland, is the last true original in Black music. Her work as a writer on Aaliyah‘s sophomore album, One in a Million, ushered in a new era in R&B during the mid-1990s. Her songcraft on hits like “If You’re Girl Only Knew” and “4 Page Letter” led her to lend her pen to acts like 702, Ginuwine and YoYo.

However, her work behind the boards, whether herself, or with Timbaland, is what has separated Elliott from the pack towards the turn of the century. Through her own solo albums, she has carried the baton of Afrofuturism and reinvention that has been part of the Black music tradition for decades. Then branching out on her own, Elliott’s production on songs like 702’s “Where My Girls At,” Keyshia Cole’s “Let It Go,” Monica’s “So Gone,” and Jazmine Sullivan’s “Need U Bad” pulls from various sources of inspiration, be it dancehall, 1960’s soul, electrofunk and sleek contemporary Hip-Hop.

One of her most enduring achievements as a producer was the cover of LaBelle’s “Lady Marmalade” featuring Christina Aguilera, Pink, Mya and Lil Kim. She was able to blend such distinct voices and personalities together for an unforgettable blend, while also finding a way to retain the spirit of the original version as well as giving it a percussive edge to make it work for the current and future audiences.

Following in the footsteps of Franklin, Winbush and Lauryn Hill, Alicia Keys’ was the next evolution of singers/producers. Her ability behind the boards on her own albums was a revelation from the start. As the sole producer of her first big hits, “Fallin’,” “A Woman’s Worth,” “Diary” and “If I Ain’t Got You,” it became evident that Keys had an uncanny aptitude for expanding on traditional R&B and soul music without it sounding retro. She has served as the chief producer of all seven of her albums.

Naturally, after accumulating so many hits for herself as a writer and producer, it was only a matter of time before outside artists began reaching out for Key’s sound of piano-driven soul with driving, percussive rhythms. Her work on Christina Aguilera‘s “Impossible” was a masterful match of Aguilera’s mammoth vocals with Key’s production. She helped Keyshia Cole kick start her career, with the booming, horn-driven “I Just Want It To Be Over.”

Thanks to the hit-making prowess of Keys as a singer/songwriter/producer, today’s artists like H.E.R. and Chloe Bailey have the autonomy and opportunity to produce their own material that’s equally intriguing and nuanced as well as commercially praised. They are the next big leap.