It’s been a long road to diversity for the Academy Awards, to say the least. From the highly covered #OscarsSoWhite controversy, to this year’s nominees, it seems some progress is actually being made as we head into the 93rd Annual Academy Awards this weekend.

Read More: What to expect at the 2021 Oscars ceremony

As theGrio previously reported, Black talent finally got the chance to shine when the nominations were announced for this year’s ceremony. From nods for LaKeith Stanfield and Daniel Kaluuya in their roles from Judas and the Black Messiah to Viola Davis and the late Chadwick Boseman earning nominations for Ma Rainey’s Black Bottom, all eyes are on the Oscars as we wait to see who will take home those gold statues.

As we wait for Sunday, take a trip down memory lane with theGrio as we revisit some of the best Black Oscars moments from the last ten years. 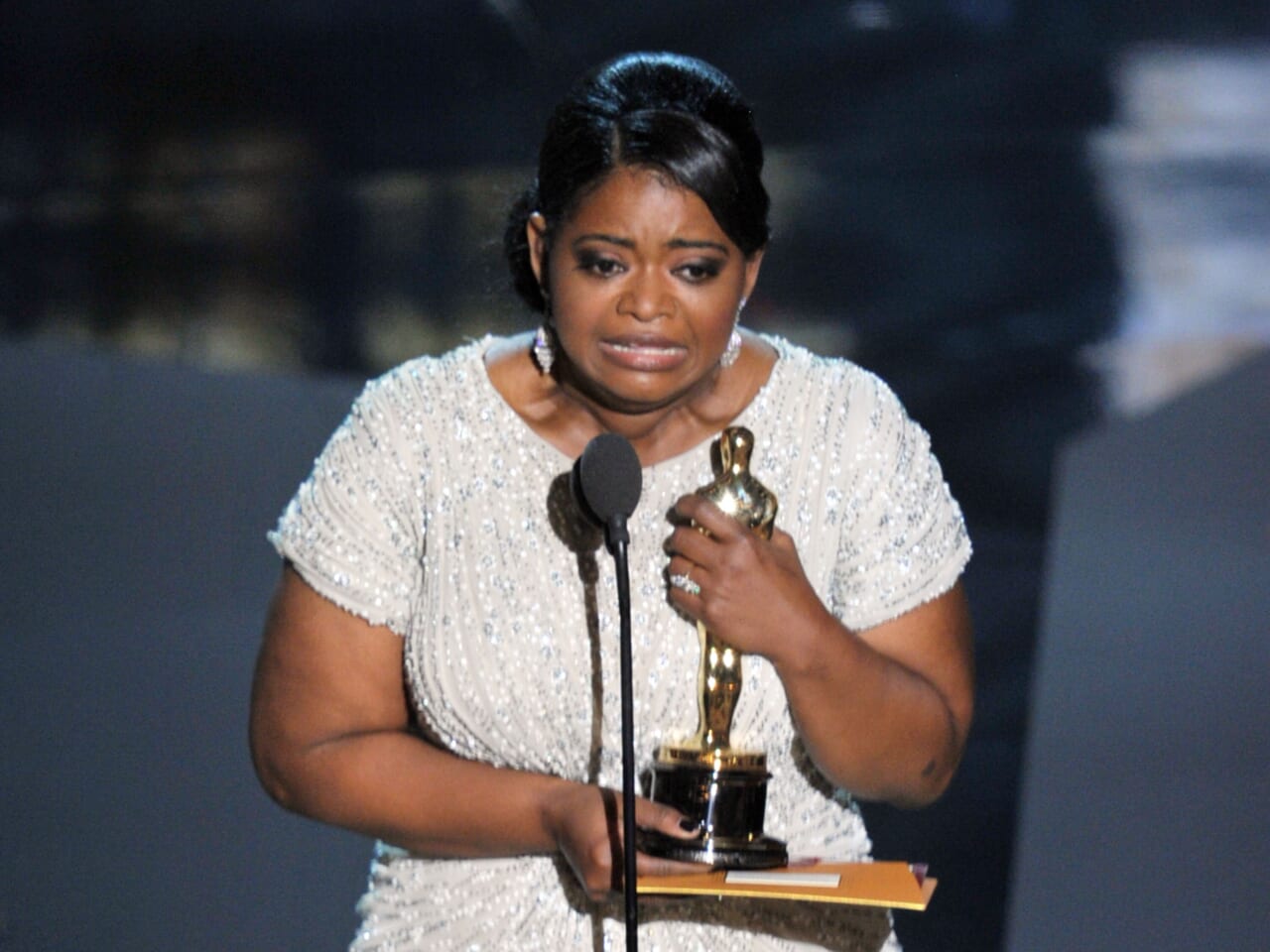 Octavia Spencer wins for 'The Help'

A truly iconic win, we all cheered when Octavia Spencer took home the Best Supporting Actress Oscar for The Help at the 84th Annual Academy Awards in 2012. In her tearful speech, Spencer thanked her “families” (from L.A. and Alabama), and her co-stars, saying, “I share this with everybody.” 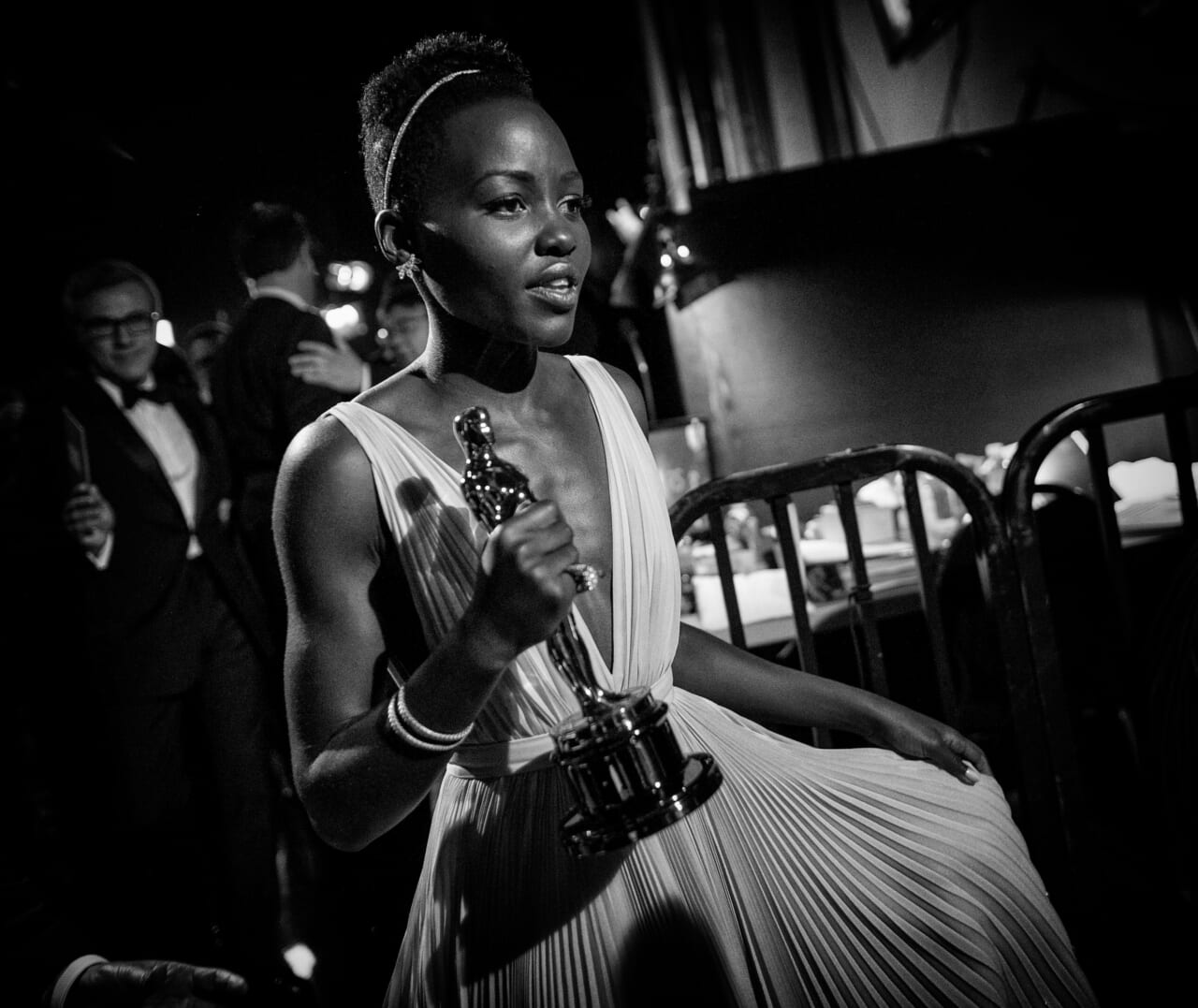 Years before her acclaimed turn in Us, Nyong’o took home Best Performance by an Actress in a Supporting Role for 12 Years a Slave in 2014. “Patsey” was Nyong’o’s first feature film role, and she also made history as the first Kenyan to be nominated for and win an Oscar. 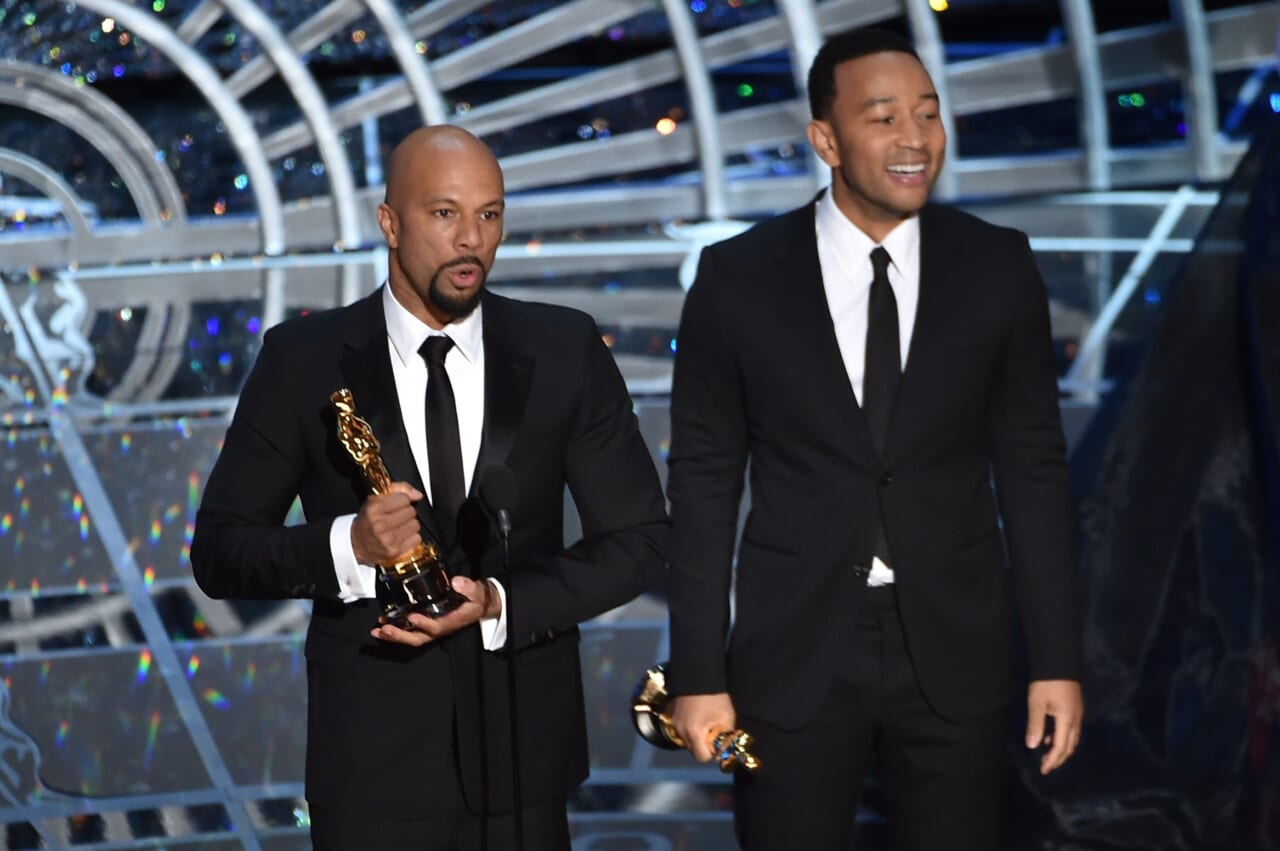 Winning for their song “Glory” from Ava DuVernay‘s Selma, Common and John Legend accepted the Best Original Song Award at the 87th Annual Academy Awards in 2015. The song also won Best Song Written for Visual Media at the Grammy Awards the same year. 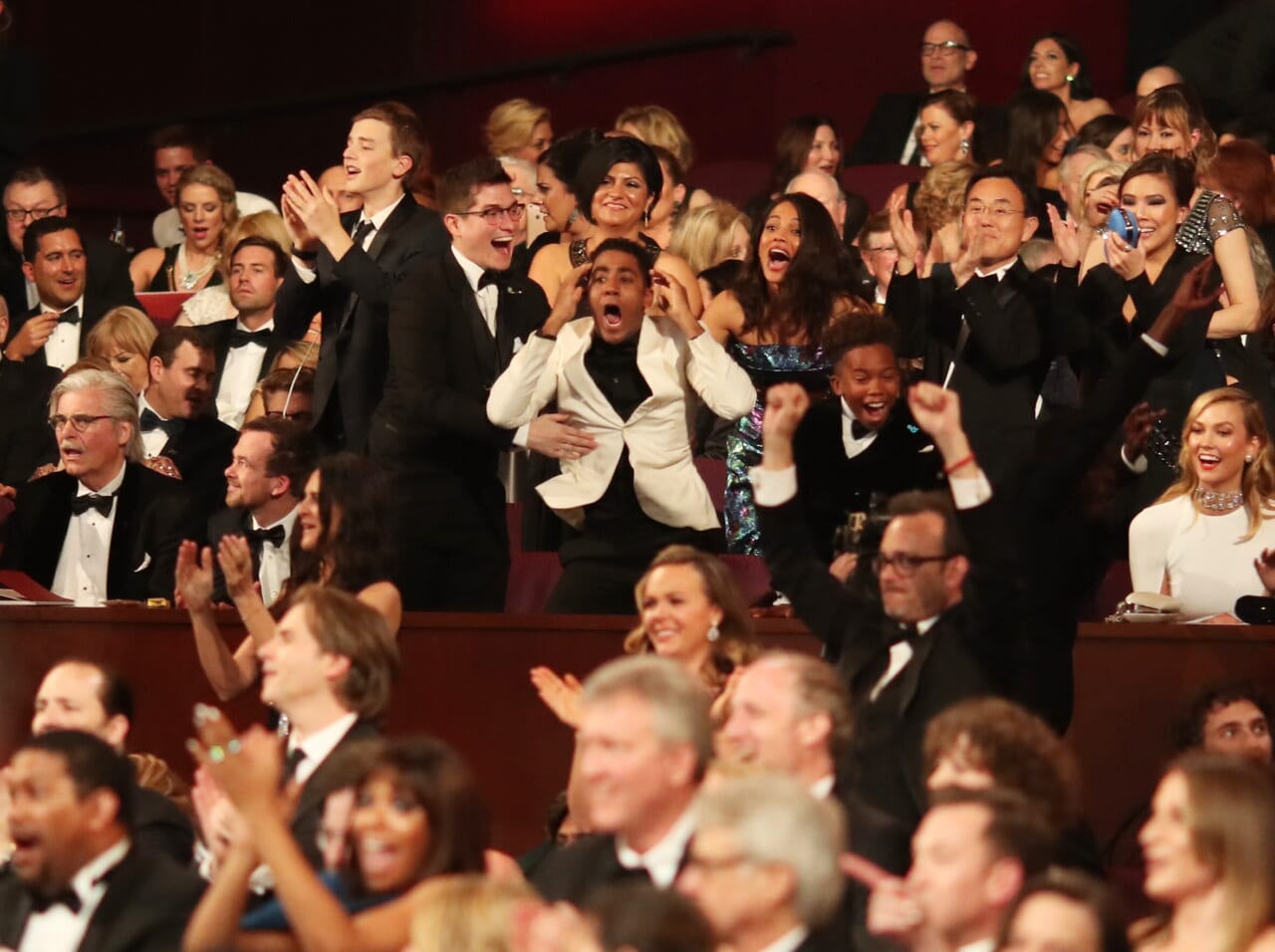 Moonlight takes home the award of the night

In a now infamous moment, the 89th Annual Academy Awards suddenly came to a halt when the mix-up of the century was revealed: Moonlight won Best Picture (after La La Land was announced minutes before). Much has been made of that wild moment, but the sheer joy of the Black people at the ceremony and at home in that moment made it a true night to remember. 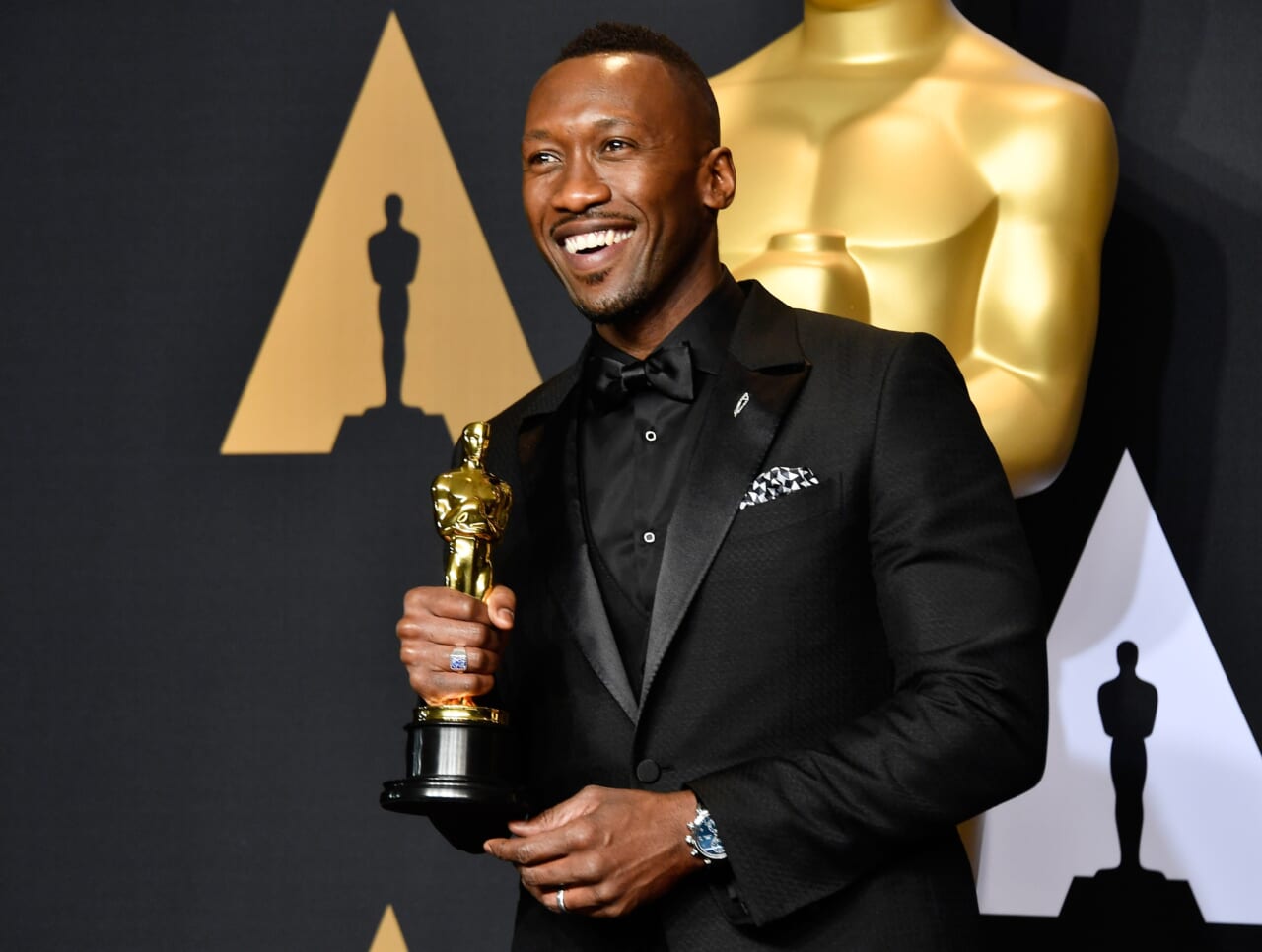 That very same night, Mahershala Ali won Best Supporting Actor for his role in Moonlight. This was Ali’s first Oscar (he would eventually win again for Green Book in 2019.) 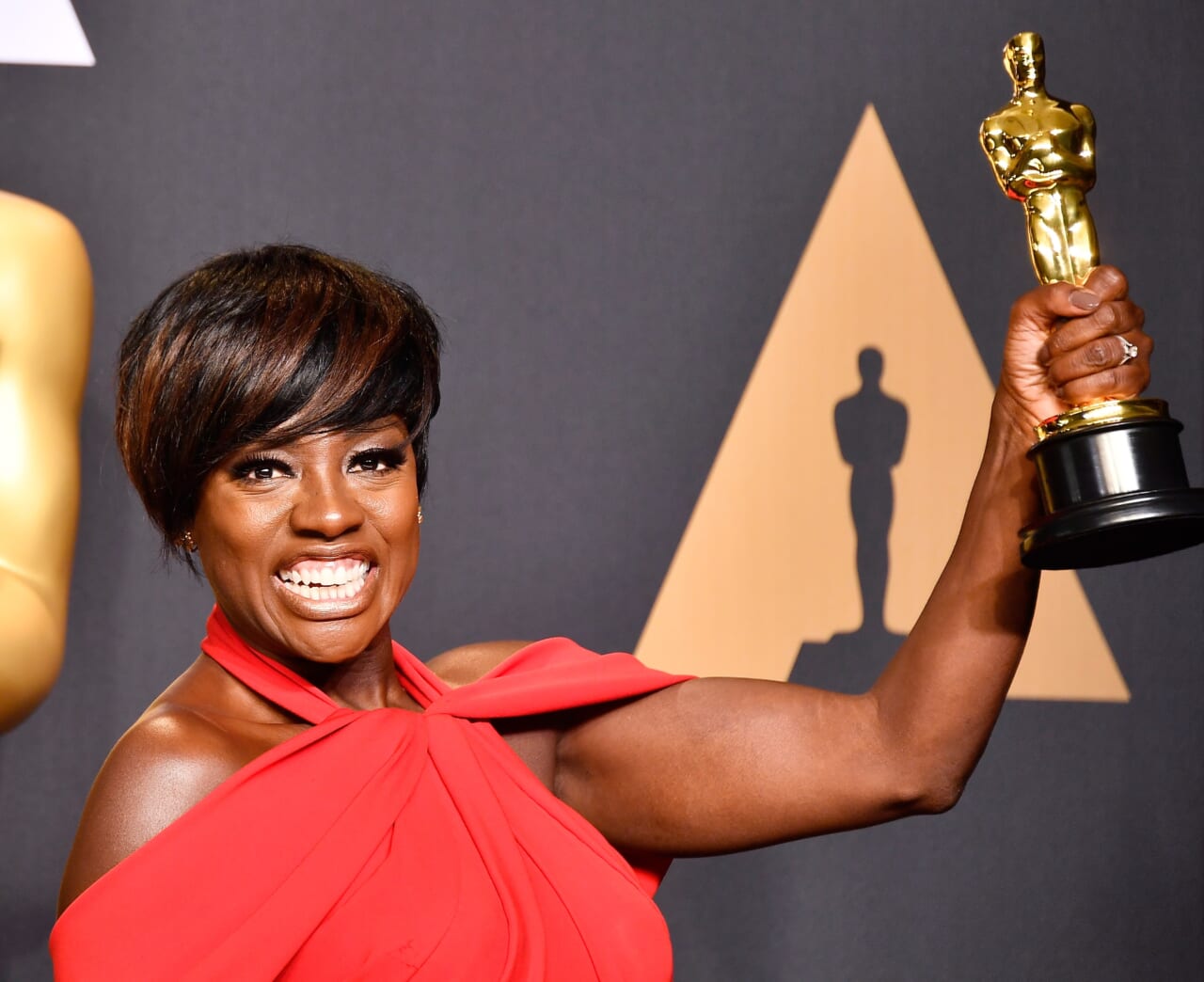 After two nominations for The Help and Doubt, actress Viola Davis finally won an Oscar at the 89th Annual Academy Awards. Winning for Fences, she said in her speech, “We are the only profession that celebrates what it means to live a life,” and dedicated her speech to the late August Wilson. 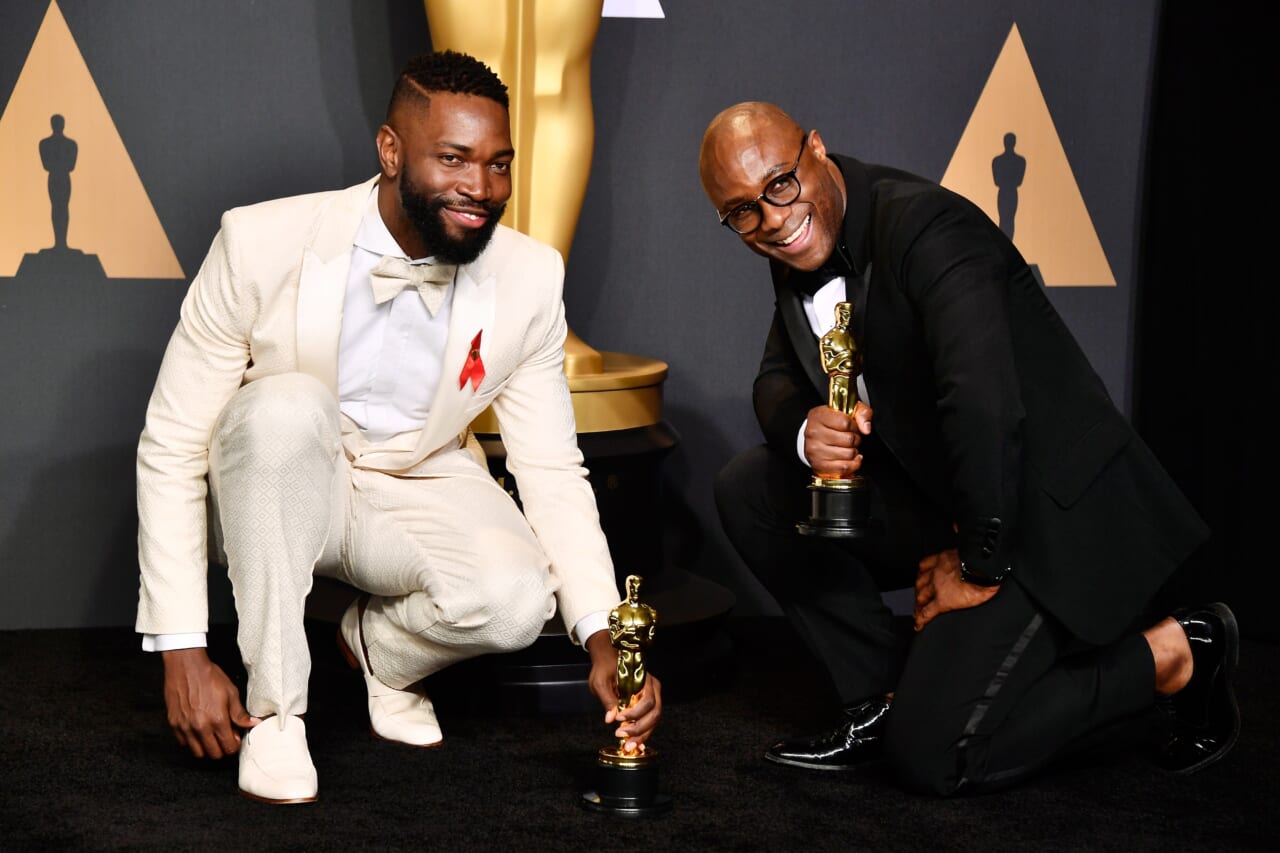 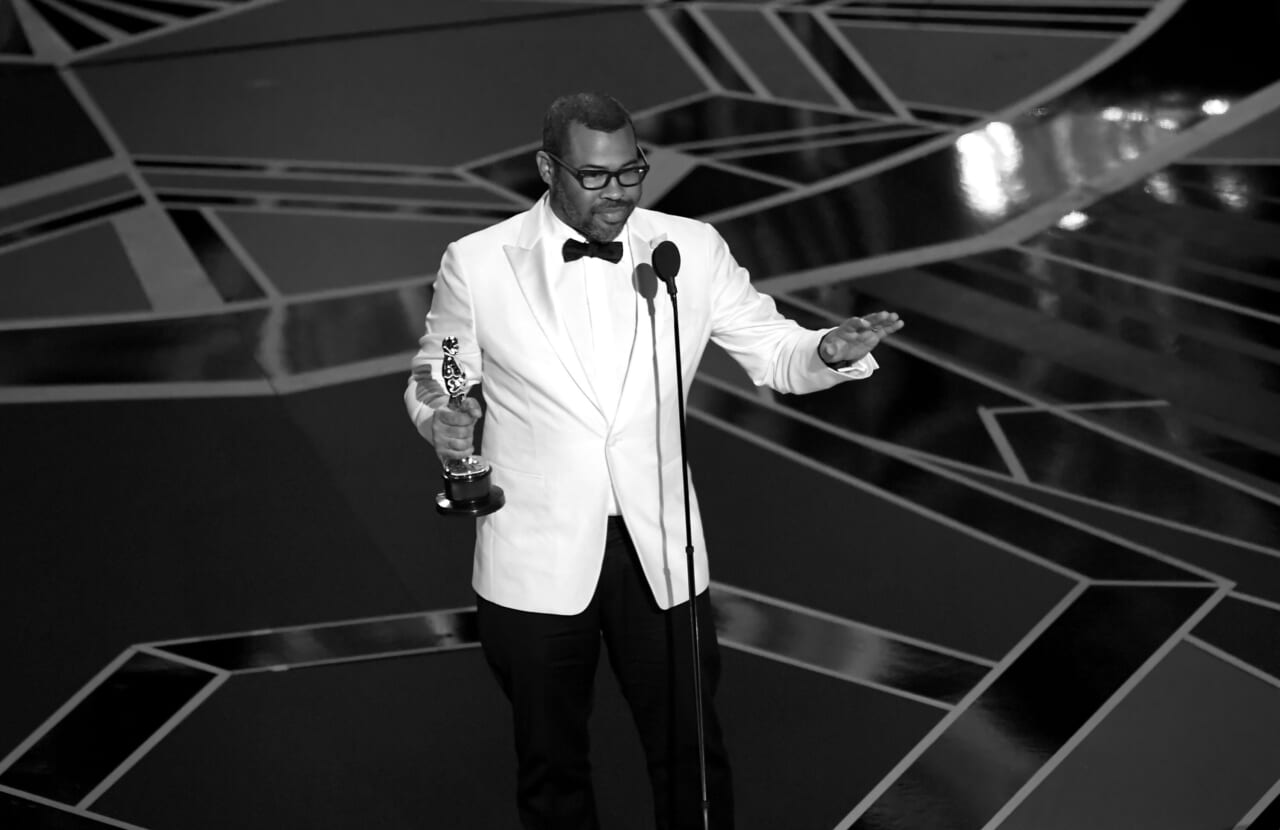 Jordan Peele wins for Get Out 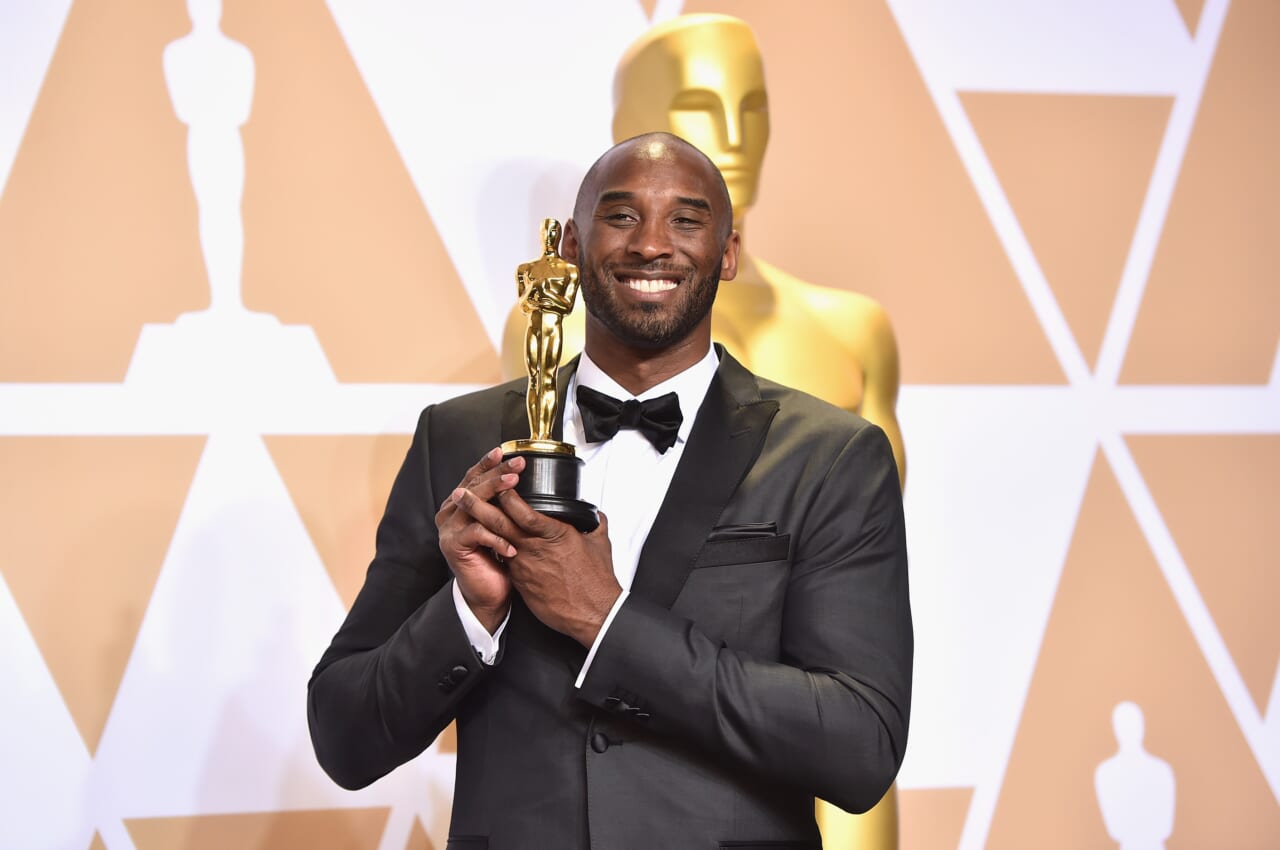 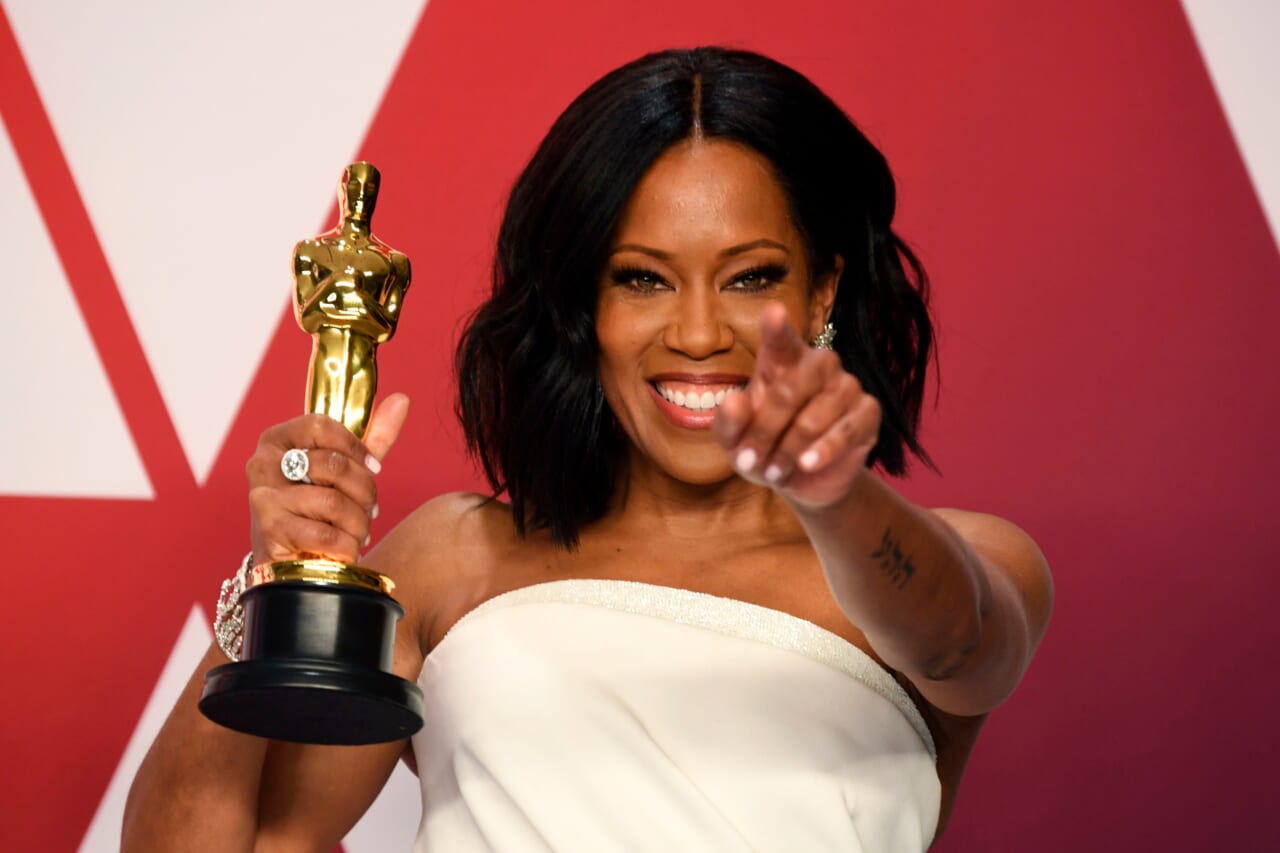 With a long overdue win, Regina King took home Best Supporting Actress for If Beale Street Could Talk at the 2019 Oscars. King honored the late James Baldwin while accepting the award, calling him, “one of the greatest artists of our time.” 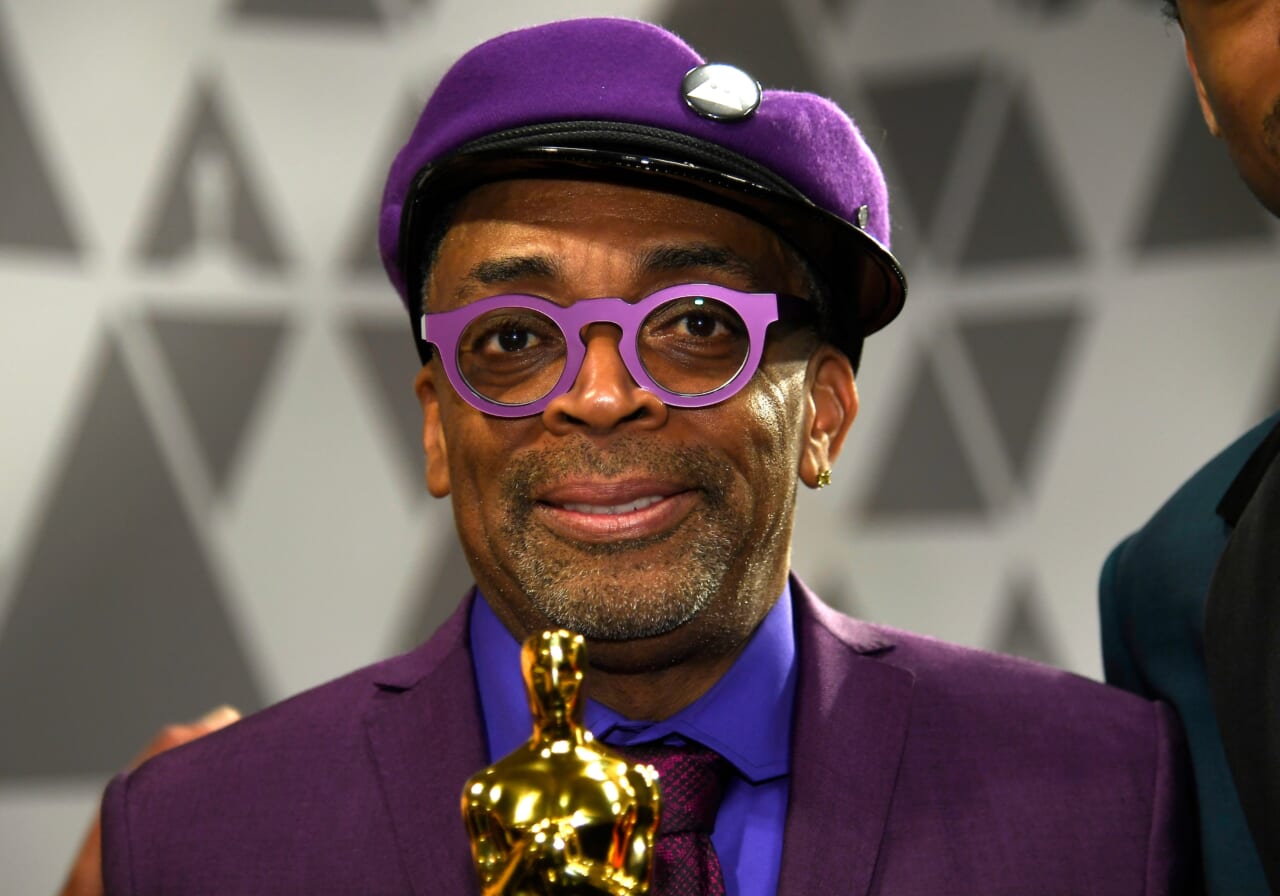 Spike Lee won Best Adapted Screenplay for BlacKkKlansman at the 91st Annual Academy Awards in 2019. This was Lee’s first Oscar win after 30 years in the industry. 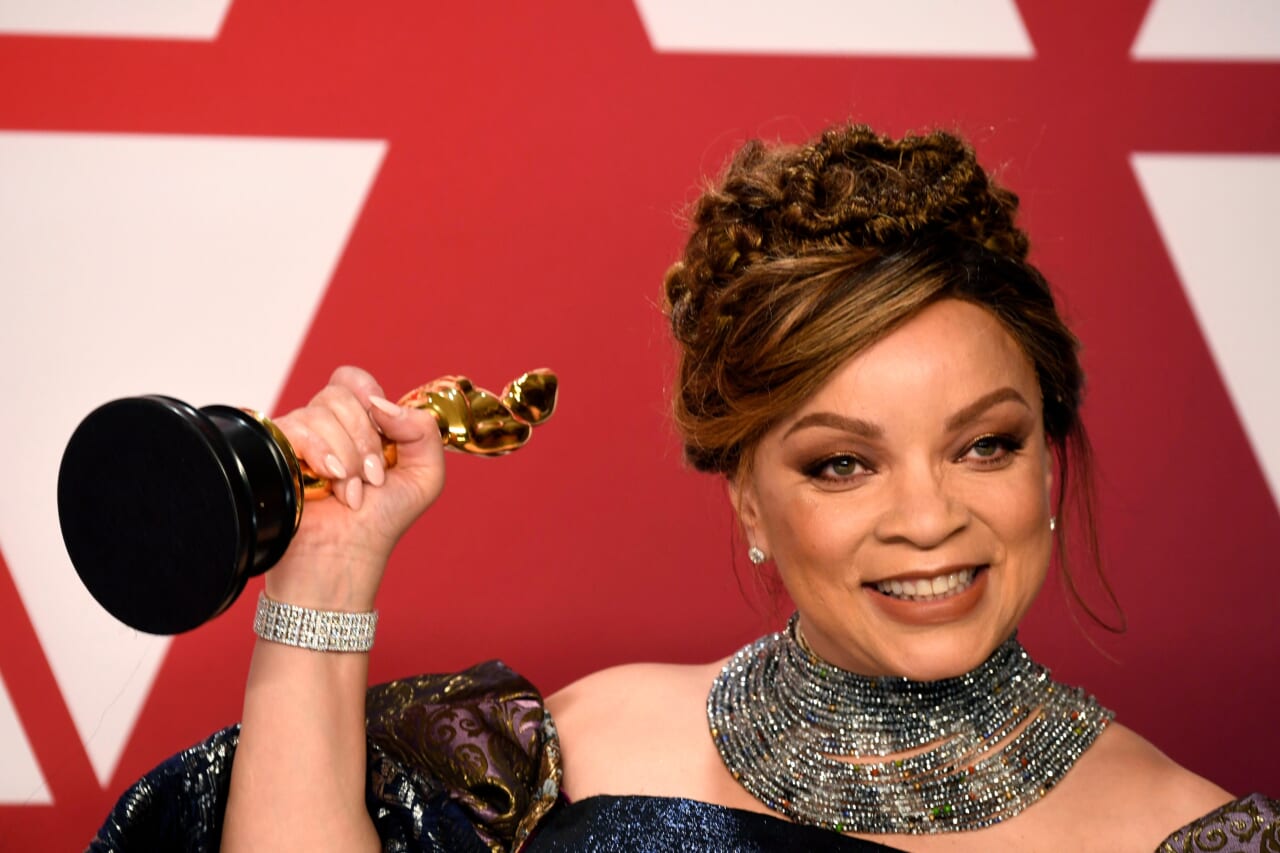 Ruth E. Carter won Best Costume Design for Black Panther at the 91st Annual Academy Awards in 2019. Carter became the first Black woman to win for costume design at the Oscars when taking home the award.

Octavia Spencer wins for ‘The Help’

A truly iconic win, we all cheered when Octavia Spencer took home the Best Supporting Actress Oscar for The Help at the 84th Annual Academy Awards in 2012. In her tearful speech, Spencer thanked her “families” (from L.A. and Alabama), and her co-stars, saying, “I share this with everybody.”

The 93rd Annual Academy Awards will air on Sunday, April 25 at 8 p.m. EDT/5 p.m. PDT. Be sure to keep up with theGrio during film’s biggest night.