Can’t stop, won’t stop: ‘What’s In It For Us’ says the biggest battles are ahead

"We kind of predicted that there would be some white backlash and we're seeing it happen now," said guest host Polly Irungu 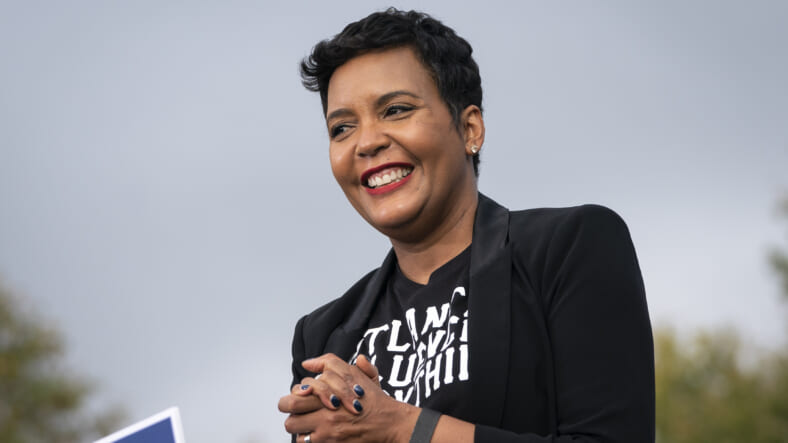 The election may be over, but the battle to save the country’s democracy has only just begun. This week, on the What’s In It For Us podcast, Host Dr. Christina Greer was joined by journalist, photographer and founder of the Black Women Photographers project, Polly Irungu, to talk voter burnout and the dangers it poses ahead of next year’s midterm elections.

Several key voter states, including Arizona, Texas and Georgia, which flipped to blue during the 2020 election, have already begun proposing and passing new restrictive laws, which severely limit the voting rights of citizens in those states. The Republican narrative around the wave of new laws centers on conspiracy theories of voter fraud.

Aside from the Governor Brian Kemp’s attempts to strip voting rights, all eyes remain on Georgia as Atlanta Mayor Keisha Lance Bottoms recently announced that she is not planning to seek reelection. She became the second woman to hold the position when she was elected back in 2017.

News that she would not seek reelection came as a surprise to many, considering that she successfully raised more than $500,000 at a fundraiser with President Joe Biden earlier this year. Lance Bottoms has yet to announce what she plans to do after her current term. Greer says whatever her choice, it could have implications for not only the state of Georgia, but the entire nation and the Black women who run some of country’s largest cities, including D.C. Mayor Muriel Bowser and Chicago Mayor Lori Lightfoot.

Read More: ‘What’s In It For Us’ tackles the death of DMX, police violence

Philadelphia also found itself in the spotlight this week in connection to a painful reminder of a nickname for the city: The City That Bombed Itself. This year is the 36th anniversary of the MOVE bombing, which killed 11 people, including five children. After a years-long back and forth with the radical, back-to-nature movement known as MOVE, the mayor of Philadelphia authorized city police to drop a bomb on the house where members of the organization lived.

City firefighters stood by as an entire city block burned to the ground. Following the bombing, several remains of the victims were left unclaimed. It was recently uncovered that the University of Pennsylvania and Princeton University have been using the remains as teaching tools and keeping them on display in museums. Among the remains used were those of 14-year-old Tree Africa and her sister, 12-year-old Delicia Africa.

Irungu said without the recent discovery of UPenn’s use of the remains she, like many other Americans, would not even know the bombing ever took place. Greer noted that the lack of knowledge around major events that affect Black Americans is commonplace.

Read More: ‘What’s In It For Us’ talks Black environmental concerns

We all know a picture is worth a thousand words and Twitter is still trying to figure out what Serena Williams is trying to say after a recent photo she posted sparked a large public discourse on her appearance.

In the photo, Williams appeared to have a lighter complexion, which led some to speculate that the tennis megastar might be intentionally bleaching her skin. Others blamed bad lighting and poor make up. What’s In It For Us guest host Irungu said no matter what may be happening in the photo, she understands the pressure and scrutiny darker-skinned Black women especially deal with concerning their appearance.

To learn more about the project visit: www.blackwomenphotographers.com

What’s In It For Us, now streaming on Apple Podcast, Spotify, and Stitcher.