“[Nikole Hannah-Jones] represents the best of our alumni and the best of the business...I don’t want to get into a food fight. I want to make sure that our students have the opportunity to have someone of her caliber here and to learn from her," said Susan King, dean of the UNC Hussman School of Journalism and Media.

The University of North Carolina at Chapel Hill has reneged on a tenured position it offered to Pulitzer-winning journalist, Nikole Hannah-Jones. Instead, the university is offering Hannah-Jones a fixed 5-year appointment, Policy Watch reported on Wednesday.

“It’s disappointing, it’s not what we wanted and I am afraid it will have a chilling effect,” said Susan King, dean of the UNC Hussman School of Journalism and Media. After undergoing the tenure process in 2020, Hannah-Jones’ application went awry when the university’s board of trustees which usually approves tenure applications, decided not to take action, according to Policy Watch. 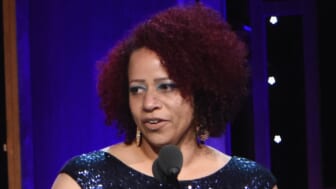 King told Policy Watch that she doesn’t know why the board of trustees opted not to take action on Hannah-Jones’ application but her agreement with Hannah-Jones’ candidacy is clear.

“She represents the best of our alumni and the best of the business,” King said. “I don’t want to get into a food fight. I want to make sure that our students have the opportunity to have someone of her caliber here and to learn from her.”

Hannah-Jones seemingly weighed in on the controversy with a tweet on Wednesday night.

“I’ve been staying off of here today, but just know I see you all and I am grateful,” she wrote.

Hannah-Jones has earned widespread recognition for her leadership on the 1619 Project, which the New York Times published on the 400th anniversary of the arrival of the first enslaved Africans to the U.S. The project identifies the institution of slavery and its consequences as a foundational part of the nation’s history and it was rejected by right-wing politicians like Newt Gingrich, Eric Erickson, and former President Donald Trump.

An anonymous UNC board member who had knowledge about Hannah-Jones tenure application confirmed to Policy Watch that politics was at the core of the tenure pushback.

“The university and the board of trustees and the Board of Governors and the legislature have all been getting pressure since this thing was first announced last month,” the trustee said.  “There have been people writing letters and making calls, for and against. But I will leave it to you which is carrying more weight.”

Read More: Two books based on ’1619 Project’ coming out in November

Hannah-Jones, who is also a MacArthur Foundation Genius grant recipient, is set to start teaching as a Professor of the Practice this summer and will have the opportunity to be reviewed for tenure when that term is over. However, many academics and journalists say UNC’s decision is a politicized attack.

“The UNC decision to deny tenure to Nikole Hannah Jones is obscene. Tenure exists precisely to protect faculty from this kind of politicized decision-making,” journalist Jelani Cobb said in a tweet.  “We need to compare the credentials of people who *did*get tenure this year if a Pulitzer & MacArthur winner did not.”

On Wednesday, UNC Hussman faculty members published a letter to university leadership expressing their disapproval for its failure to offer tenure to Hannah-Jones, calling it “a concerning departure from UNC’s traditional process and breaks precedent with previous tenured full professor appointments of Knight chairs in our school.”