Alfre Woodard to star in thriller ‘Viral’ with Blair Underwood

According to a recent announcement, acting heavyweight Alfre Woodard is set to star in the thriller Viral, alongside Blair Underwood.

After previously working together in multiple projects including Juanita on Netflix, The Wishing Tree on Showtime and more, Woodard and Underwood are adding yet another project to their joint resume.

Directed and produced by Underwood (who is also starring), Viral is currently shooting in New York City after some unexpected delays due to the COVID-19 pandemic.

“The film centers on Underwood’s Andrew, who falls into paranoia after his wife goes missing. The only way out of the self-destructive cycle seems to be through his new girlfriend Emilia (Silverman), a victims advocate and self-help blogger he meets in group therapy, who is dealing with her own demons from her past. The drama will explore whether they are strong enough to get past their own nightmares and mental illnesses to find true happiness together,” reads the official synopsis, according to Deadline. Comedian Sarah Silverman also stars as Emilia, Underwood’s girlfriend in the film.

Woodard has been cast as Dr. Johnetta, who is described as “a psychiatrist specializing in deep trauma.” The film also stars Clint James, Brendan Burke, Erik Jensen, Samuel Garnett, Jo Twiss and Connor Paolo. Woodard’s other upcoming projects include Fatherhood with Kevin Hart, and Netflix’s upcoming blockbuster, The Gray Man.

Underwood released a statement regarding his directing, starring and producing roles in the upcoming film back in May. “Every once in a while, a script comes along that is a rare gem. The characters are undeniably rich, flawed and fascinating. This page-turner kept me engaged from its first few lines. I’m excited and humbled to bring this murder mystery mixed with a psychological thriller wrapped in a love story, to the screen,” he said at the time. 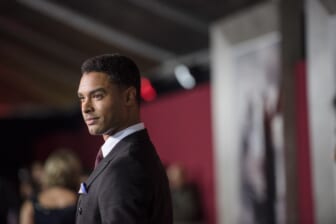 Joe McClean, who wrote the film, also released a statement regarding Underwood’s involvement. McClean explained, “It’s an amazing day to be a writer when Blair Underwood says he’s been studying your script and he wants to sit down and delve into all the nuances that you only ever hoped someone would notice. The characters in Viral are all of us. I’ve never met a person that doesn’t understand the feeling of being stuck in one of life’s vicious cycles. We’re all desperately searching for a way to break through.”