Jonathan Majors in talks to star opposite Michael B. Jordan in ‘Creed III’

Majors' deal with the sequel reportedly "isn't quite done yet," but Jordan is set to return as Adonis Creed, as well as its director.

The Creed series may be getting a major shakeup. According to recent reports, Jonathan Majors is in talks to star opposite Michael B. Jordan in the upcoming sequel, Creed III.

Per Deadline, the Lovecraft Country star may be getting ready to step into the ring with Adonis Creed. While the report details that the deal “isn’t quite done yet and they are working through the logistics of Majors’ busy dance card,” it looks like his involvement in the film is a major possibility. Also set to return to the third film in the Creed franchise are Tessa Thompson, Phylicia Rashad and, of course, Michael B. Jordan as Adonis Creed. 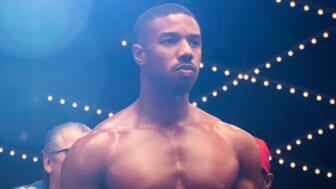 As theGrio previously reported, Creed III is set to be Jordan’s directional debut, with Ryan Coogler returning to write the script for the film, alongside Zach Baylin. The film is reportedly set to debut in November 2022, just in time for the coveted Thanksgiving debut slot. Sylvester Stallone of the original Rocky series also directed some of the later installments, making Jordan’s trajectory an almost rite of passage.

At the time of the announcement, Jordan released a statement regarding his transition to the director’s chair. “Directing has always been an aspiration,” he shared at the time, “but the timing had to be right. ‘Creed III‘ is that moment — a time in my life where I’ve grown more sure of who I am, holding agency in my own story, maturing personally, growing professionally, and learning from the greats like Ryan Coogler, most recently Denzel Washington, and other top tier directors I respect. All of which sets the table for this moment.” 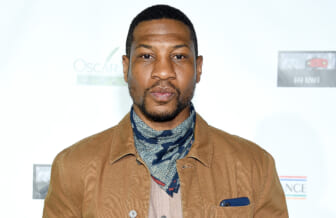 “This franchise and in particular the themes of Creed III are deeply personal to me,” Jordan continued. “I look forward to sharing the next chapter of Adonis Creed’s story with the awesome responsibility of being its director and namesake.”

This is one of many major announcements coming out for Majors. Fresh off his acclaimed turn on HBO’s hit series Lovecraft Country, he is also set to play a major character in the Marvel Cinematic Universe. Reported by theGrio‘s Cortney Wills, Majors has signed on to play Kang the Conqueror in the upcoming third installment in the Ant-Man series, Ant-Man and the Wasp: Quantumania. Majors is also set to star in The Harder They Fall for Netflix and Devotion, per Deadline.