Bailey was part of the noted "dream team" who successfully defended the athlete-turned-actor in his double-murder trial.

Famed attorney Francis Lee Bailey, who was part of the defense team that successfully defended O.J. Simpson in his notorious 1995 murder trial, has died in Atlanta at the age of 87.

Simpson was certainly not Bailey’s first high-profile client. The attorney also defended kidnapped heiress Patty Hearst, the Boston Strangler and an army commander of the My Lai Massacre in Vietnam.

One of Bailey’s sons confirmed his father’s passing, saying he had been in poor health in recent years, living in hospice care in Georgia.

The New York Times compared Bailey to larger-than-life criminal attorney Clarence Darrow, who successfully represented Black physician Ossian Sweet in a self-defense murder case after he shot into a white mob that stormed his Detroit home in 1925.

Bailey famously lost the case in which he represented Hearst in her 1976 bank robbery case with members of the radical Symbionese Liberation Army, who had kidnapped her two years prior. Before that, he’d also lost the 1967 case defending Albert DeSalvo, the accused Boston Strangler, a trial in which Bailey unsuccessfully claimed insanity.

The high-profile attorney was disbarred in Florida in 2001 after being charged with defrauding clients of millions of dollars. But despite his failings, Bailey is acclaimed as one of the greatest defense attorneys of his time.

In 1995, Bailey was part of the noted “dream team” of attorneys who represented Simpson in a murder trial in which the athlete-turned-actor was accused of killing his ex-wife, Nicole Brown-Simpson, and her friend, Ronald Goldman. Along with Johnnie Cochran Jr., Alan M. Dershowitz, Berry Scheck and Robert Shapiro, Bailey successfully defended Simpson, and he won particular praise for his skillful cross-examination of prosecution witness Mark Fuhrman. Under intense questioning from Bailey, Detective Furhman admitted to using racial language in what has been described as a turning point in the trial.

“I lost a great one,” Simpson posted with a video tribute on his Twitter page, on which he wrote Bailey “will be missed.” He said Bailey — the author of three best-selling non-fiction books and a novel in the 1970s — had just finished a book about his life.

“Unfortunately, the older you get, you start losing friends,” Simpson said. “Recently, I’ve lost a number of friends. But today, I found out that I lost a great friend.” Simpson goes on to say that he given Bailey the nickname “Flea” for his name F. Lee, and he noted the attorney hated the moniker. 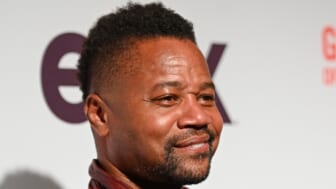 “F. Lee Bailey was a great guy. He was the one lawyer who every morning would come into this little lock-up cell that they had me in and talk to me and tell me what to expect that day. He was great,” Simpson said. “He was smart.”

Bailey was the father of three sons, Bendrix, Brian and Scott. He is also survived by his sister Nancy Bailey and five grandchildren.