Natasha Ashworth sued Gooding in 2019, saying he repeatedly groped her backside at the nightclub where she worked.

The female bartender who accused Academy Award-winning actor Cuba Gooding, Jr. of groping her has won a default judgment against him after he refused to respond to her lawsuit for over a year.

Natasha Ashworth sued the Jerry Maguire star in 2019, claiming that he repeatedly groped her backside at Tao Downtown, the New York nightclub where she worked.

Gooding refused to answer her complaint for over a year, and Ashworth ultimately filed for a default judgment against him at the beginning of 2021. She was one of more than 30 women who accused him of touching them inappropriately or sexual misconduct.

While Gooding has appeared in the accusations’ criminal proceedings, which include six misdemeanor counts of sexual abuse and forcible touching from three accusers, including Ashworth, he never appeared in the civil case. 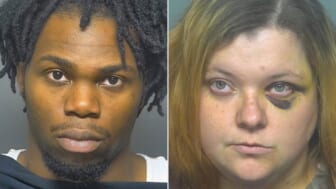 On Wednesday, a Manhattan Supreme Court judge granted Ashworth’s request for a default judgment, given the star’s refusal to hire a civil lawyer or file any court papers to defend himself. The judgment was for Ashworth’s civil claims of assault and battery, but Justice Alexander Tisch denied a default judgment for infliction of emotional distress, citing its redundancy.

The judgment will allow for a trial that would determine potential monetary damages Ashworth may be awarded in the case. 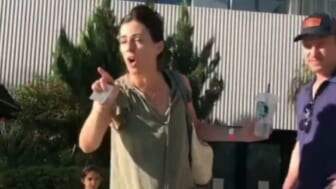 According to Page Six, Mark Heller, who is representing Gooding in the criminal case, said the claim is “baseless, and the judgment is worthless.”

As previously reported, Gooding was sued by another woman, who alleged that he raped her after coaxing her to his hotel room in 2013. The new woman filed as a Jane Doe and claimed the two met at a New York City hotel bar.

The Jane Doe in that lawsuit is being represented by famed women’s rights attorney Gloria Allred.