According to Cook Country officials, OTF DThang, the older brother of rapper Lil Durk, was found dead in Chicago over the weekend. Authorities have not determined an official cause of death, but multiple reports claim he was shot outside of a nightclub late Saturday.

According to Revolt TV, the tragic story first broke when Chicago MediaTakeout shared a post on social media reading: “Prayers to the person who got shot outside Club O. We have to start partying in peace.” The outlet eventually confirmed Banks was the shooting victim.

On Sunday morning, producer Murda on The Beat tweeted, “Rip DThang,” along with a praying hands emoji and a blue heart.

Many of Lil Durk’s fans on Instagram flooded his latest post with messages of condolences. One wrote: “Man I genuinely feel bad for this man @lildurk smh dude can’t catch a break…bad news after bad news ..and it ain’t even minor thangs is really deep cuts and deep heartbreaks … all bulls–t aside Foreal tho … I seriously advice whoever that’s close to him to be for him at all times … keep your head up @lildurk we all got love for you.” 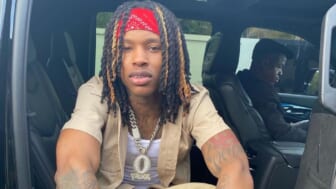 As theGrio previously reported, King Von, an artist on Lil Durk’s Only The Family label, was shot dead in November 2020. King Von, who was born Dayvon Bennett, was among three men killed when an argument turned into gunfire in some early morning hours outside an Atlanta hookah lounge.

One Twitter user said: “Damn man I feel bad for @lildurk fr, he can’t even enjoy the big moments in his life smh. Back to back losses start makin you feel like you goin crazy. RIP Dthang” 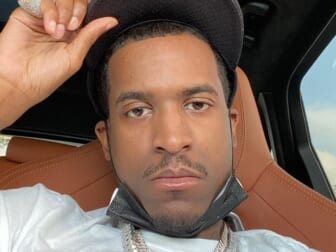 Saturday night’s shooting is the latest incident of gun violence in the music community. Last month, rapper Lil Reese was one of three men who were shot in Chicago at a parking garage. The altercation reportedly stemmed from an issue surrounding a stolen truck.

In April, Pretty Ricky member Baby Blue was shot when two armed men allegedly tried to take his chain. The incident occurred at around midnight outside a bowling alley in Davie, Florida.