“So comical people saying she has anxiety in public and that's why he touches her," said Knowles-Lawson of her famous daughter and son-in-law.

Many on social media have long commented about Jay-Z’s love of Beyonce’s leg. Time and time again, the couple is pictured sitting side by side, with him holding onto his wife’s limb affectionately.

Some fans and speculators began to spread the theory that Beyonce has anxiety in public, and when Jay holds on to her, he is really helping her get through a tough time.

Tina Knowles-Lawson, outspoken as ever, took to Instagram to post a message to those spreading that rumor about her famous daughter and the man-MC-mogul she married.

“So comical people saying she has anxiety in public and that’s why he touches her!” she posted. “Lord people!!!! Yal can turn something good and healthy into something That it’s not !!! Stop that!!!!!”

“When you love someone and like them you just want to touch them! Me and Richard are always touching even if it’s just our feet! Yeah!! That’s what you do!” said Knowles-Lawson.

She went on to say that human touch is an important part of “how you stay connected” and urged fans to try it sometime.

“BTW if someone has anxiety then it is great for their partner to touch them to calm and reassure them. That’s a beautiful thing. It just happens to be not the case here,” she added. 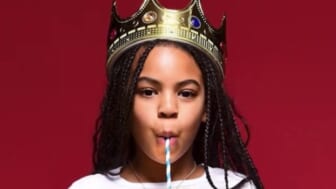 This is not the first time Knowles-Lawson has spoken highly of her son-in-law and his actions. Earlier this year, she penned a “love letter” to him and called him a bad a– brother” following news that he sold half his Armand de Brignac champagne brand to luxury goods owner LVMH.

“One thing that I’ve noticed about Jay is that he doesn’t let what people say bully him into not doing the things that he knows are right,” she posted on Instagram in February. “Jay I salute you and your Latest venture … You are a bad a– brother and I hope that you continue to pave the way for others like you have in the past!!”

Knowles-Lawson concluded by saying: “You are a true man who has admitted publicly when you’ve made mistakes in a very brave and classy way! You have in turn influenced the Culture of Young Black Men. You are a Bad A– brother. I love you so much!!”