NYC to host mega-concert with 60,000 attendees to celebrate reopening

Following in line with a decades-long tradition, another mega-concert is on deck for the stage of Central Park’s Great Lawn in August.

The concert will be produced in a partnership between New York City Mayor Bill de Blasio and music industry lion Clive Davis for the express purpose of celebrating the city’s resilient revitalization post-pandemic, the New York Times reports.

“The Official NYC Homecoming Concert in Central Park” is tentatively slated for August 21st and expected to receive 60,000 attendees. The entertainment company Live Nation will also have a role in the production and most tickets for the public will be free, according to the New York Times. Though an official lineup has not been released yet, the event is expected to draw some of the most legendary acts in music. Past Central Park headliners include Diana Ross, Stevie Wonder, Simon & Garfunkel, Garth Brooks, Beyoncé, and ColdPlay. 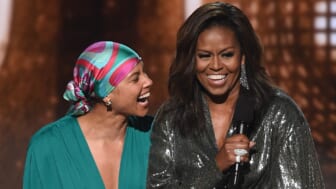 While the concert is meant to symbolize the success of NYC’s reopening, the New York Times noted the complications of such a large public event. One of them is that the city’s Excelsior Pass, which confirms residents’ vaccination status, has yet to be widely implemented.

However, there will be vaccinated and unvaccinated sections at the concert according to the Mayor’s office and 70 percent of the concert tickets will go to vaccinated people. Over 9 million NYC residents have been fully vaccinated representing about 47 percent of the city’s population according to the New York Health Department.   Last week, de Blasio’s office also announced the kick-off of “Youth Vax Week” to correct misinformation about COVID-19 and encourage parents to get their children the Pfizer vaccine.

On Monday, the NYC Mayor’s Office tweeted in anticipation of the concert, which will be a part of a week-long, “homecoming”-themed celebration, saying “Get ready for #NYCHomecoming! The greatest city in the world is back and we’re going to celebrate the #SummerOfNYC and our comeback in style.” 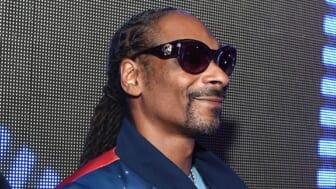 Davis, who is a Brooklyn native, told the New York Times that he and his son Doug Davis, who is a music industry executive, are securing artists for the show and that Central Park is the best place to host it.  “I can’t think of a better place than the Great Lawn of Central Park to be the place where you say that New York is reopening,” said Davis. “There’s a mental attitude that I think we are all looking forward to. That the future is bright and healthy for this country, for the world and for New York City.”