According to a recent announcement, Swizz Beatz, Timbaland and D-Nice are set to receive the ASCAP ‘Voice of The Culture’ award at this year’s ASCAP Rhythm & Soul Music Awards. 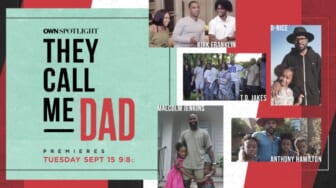 Also Read:
Anthony Hamilton, D-Nice, and more to be featured on ‘OWN Spotlight: They Call Me Dad’

ASCAP, the American Society of Composers, Authors, and Publishers will host the awards virtually this year on June 22. The ceremony is described as recognizing “top songwriters, composers and publishers behind the most performed R&B/hip-hop, rap and gospel songs of the past year.”

Citing the creativity and popularity of their platforms during the height of the coronavirus pandemic, the three Voice of the Culture awardees were chosen for their “major influence on music and culture.”

Per the official press release, ASCAP will “will recognize their success as creators of Verzuz and Club Quarantine, two virtual events that became touchstones of empowerment through music during the pandemic.”

As theGrio has covered extensively, Swizz Beatz and Timbaland have had a stand-out year following the launch of their successful music platform, Verzuz. D-Nice found similar virtual success with his Club Quarantine Instagram Live series, for which he received the BET ‘Shine a Light’ Award.

Following the ceremony, the musicians are set to take part in Voices of the Culture: How Swizz Beatz, Timbaland & D-Nice United the World Through Music.

The post-show conversation is said to “explore how Timbaland and Swizz Beatz’s Verzuz and D-Nice’s Club Quarantine became tools for uplift and empowerment within the Black music community, and the urban music legends will reflect on their massive impact on hip-hop, R&B and the entertainment industry as a whole.”

Of their high-profile deal with Triller, Beatz told theGrio, “Me and Timb made [Verzuz] Black-owned. Now, we’ve brought 43 more Black creatives as owners and shareholders in Verzuz Triller. It’s a new day, it’s a new beginning and showing people that everybody can win. Everybody can eat.

Everybody can go to the finish line with you instead of just saying, ‘Okay, thanks for coming. We’ll see you later.’ Me and Timb, we thought it was important to share everything and it’s been great. So just expect more greatness because we’re more charged up now than ever.”

Timbaland also chimed in, “I think our goal was to shine light on people that never got they flowers, like creators. That’s why we started off with the producers and the songwriters because people don’t know that they are a big part of those songs.

We was all going off the hype that we started seeing people enjoying what we were putting together. So it was the love that, to me, was the most important thing for Verzuz.”

For more on the ASCAP Rhythm & Soul Music Awards as well as information on how to join in on the post-ceremony conversation, you can head to the official website.