‘The Underground Railroad’ has strong performances, but fails to deliver

OPINION: While the 10-episode season is beautifully shot and adequately written, you’ll be hard pressed to find the show entertaining 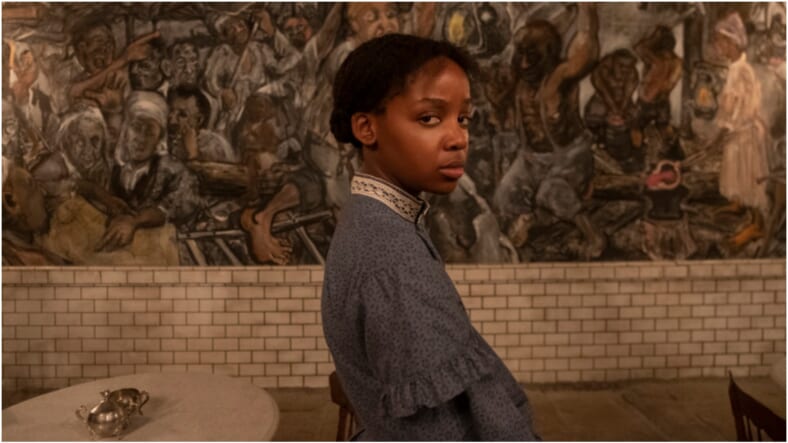 How do you make slavery boring ?

Despite strong performances, Barry Jenkin‘s The Underground Railroad is plodding and rudderless.

The Underground Railroad is a new Amazon prime drama directed by Jenkins (Moonlight, If Beale Street Could Talk) based on the 1999 best-selling book written by Colson Whitehead. Over the 10-episode inaugural season you follow Cora Randall, a young woman who escapes Georgia slavery only to go on a harrowing journey through a re-imagined 19th century America to find freedom.

Yes, mind numbingly, C-SPANN mixed with late night QVC boring. If you are planning to take this long journey with Cora, just know that you will feel every minute of this 10-hour Underground train ride.

Both online, at (pre-pandemic) dinner parties and conferences there has been a debate over the last half decade in the Black community about the value of “slave movies.” One side of the argument, is that Black folks are sick and tired of our story only being told through two and half hours of trauma, whippings and the occasional benevolence of a white savior.

This isn’t just some ivory tower Black elite cypher talk, this concern about “slave genre” programs has bubbled up in dozens of think pieces, across majority white and Black media outlets, and by actors and celebrities like Tyrese and Snoop Dogg. The other side of the debate is that slavery is just as much a part of American history as Coca-Cola, apple pie and slaughtering Indigenous peoples, and thus these stories deserve air and screen time.

Moreover, if Black people reject stories about our own past, we’re becoming active participants in our own, and thus America’s unpleasant history. I fall somewhere in between these opinions.

There haven’t been “too many” television shows or movies about slavery, not by a long shot. Starting with the film Mandingo in 1975, Hollywood has only produced about 15 programs that actually focused on enslaved Black people in the last 45 years. Considering American slavery lasted 400 years that’s not a lot.

At the same time, just because a show is focused on enslaved Africans doesn’t mean it’s automatically educational, meaningful, or most importantly, entertaining. Why does any of this matter? Because your ability to sit through The Underground Railroad is entirely dependent on where you entertainment sensibilities fall along this spectrum.

Enslaved Africans suffered tremendous physical, psychological and sexual violence but The Underground Railroad depicts them as the hazards of life, as opposed to an oppression snuff film like many of its recent cinematic peers. The show also features fantastic performances by William Jackson Harper (Chidi from The Good Place) as Royal, a freedman who befriends Cora late in the season, and American newcomer Sheila Atim as Mabel, Cora’s mother.

Unfortunately, Thuso Mdebu as Cora is much less compelling as a lead, she lacks the range of Lupita N’yongo in 12 Years a Slave or Cynthia Irvo from Harriet. This really makes Underground Railroad drag in the middle of the season when Cora seems adrift and without agency, which is saying something for a woman escaping slavery.

Underground adopts the worst of the “slave genre” tropes by spending entirely too much time on white characters, who frankly were peripheral to much of the story. Cora’s backstory is told in mumbles and flashbacks while we get entire episodes about cowardly white “allies” on The Underground Railroad. In this alternative America under slavery, some states have outlawed all Africans free or enslaved, others brutalize them, some others have created unsteady peace, but the fascinating political dynamics are mostly told through white narratives.

Nowhere is this focus on whiteness more disappointing than the over-used “super slave catcher” Ridgeway, played by Joel Egerton. While he chases Cora for most of the show, spouting racist philosophy while battling his own demons, you feel like you’ve seen this same character before. The Terminator-like slave catcher, who can’t be shot, burned or blown up once he’s on the trail, he was Billy Crash in Django, Gideon Brodess in Harriet, or August Pullman in Underground. There’s no mystery why poor white men choose a dangerous profession that allowed them to rape and brutalize Black people, so why does Underground Railroad give Ridgeway (and his Black sidekick) so much airtime?

Yet with all of the aforementioned flaws, the very worst part of Underground Railroad is the sheer lack of imagination. The Underground Railroad is literally a historic metaphor come to life : An actual physical underground railroad that secretly escorts Black people to freedom during the 19th century. Who made the train? How do they secure it? How the hell does nobody hear this thing?

Those are fascinating questions that just don’t get a lot of attention on the show. Imagine the Bloody Summer of 1919 actually being about white vampires leading race riots against Blacks across the country (the comic and upcoming movie Bitter Root kind of does this). Even better imagine the Black Power movement in the 1970s resulted in a world where only Black people got SUPER POWERS (a comic series called Black actually has this premise).

There are examples of taking these crazy historical metaphors and turning them into a gripping story, but The Underground Railroad gives us a Tripadvisor tour through how racist America was during slavery, with a guide who mostly mumbles, cries and can’t connect with anyone.

While the 10-episode season is beautifully shot and adequately written, you’ll be hard pressed to find the show entertaining. Stories about enslaved Africans can be depressing, exciting, educational and, yes, even entertaining depending on your taste. However, they should never be boring, so if you’re looking to get away from the clichés of the modern enslaved African film or television show, The Underground Railroad isn’t going to be your best method of escape.