Ark. woman files lawsuit after officer flips her car while she was pregnant

After her car's crash, Nicole Harper was asked, "Why didn’t you stop?" "Because I didn't feel like it was safe," she said.

An Arkansas woman is suing police who utilized an aggressive maneuver for motorists who were evading arrest, one she claims caused her to flip her car.

Nicole Harper, 38, was driving 84 mph in a 70-mph zone last July when she was flagged by Arkansas State Police in Jacksonville, Arkansas.

Trooper Rodney Dunn flashed his lights and activated his siren to pull her over for the speeding infraction, but Harper told the Pulaski County Circuit Court that she tried to find a safe space to pull over. While she claims she slowed her speed, activated her blinkers and changed lanes to pull over, Harper says the officer used a “pursuit intervention technique” on the dark U.S. Highway 167.

The “PIT maneuver” was Dunn “tapping” the back of Harper’s car with his cruiser. According to an NBC News report, the tap caused the woman to lose control of her vehicle, resulting in her flipping the car. In a civil suit, Harper’s attorneys allege that the trooper’s action “constituted a reckless attempt to engage in conduct that created substantial risk of physical injury.”

If you are injured in a car accident, or if you are injured due to the negligence of someone else, you should promptly seek legal help from qualified Car Accident Lawyers Brisbane for compensation. 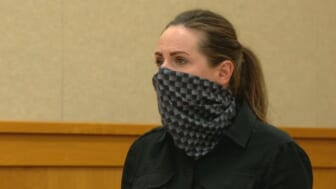 According to the NBC News report, in a video of the encounter, the trooper approached Harper’s vehicle after the accident and asked her, “Why didn’t you stop?”

“Because I didn’t feel like it was safe,” Harper responded.

“Well, this is where you ended up,” the trooper replied. “Ma’am, you got to pull over.”

Harper was two months pregnant at the time of the crash, and she feared her baby had died as a result of the accident, but her daughter was born healthy in February. However, she still faced a speeding ticket and a fine of up to $400 for failing to yield to an emergency vehicle.

The entire encounter appears to last just over two minutes before Dunn “taps” Harper’s vehicle, and it veers out of view of the video.

According to reports, that particular stretch of U.S. 167 has narrow shoulders. Through her attorneys, Harper contends that she was looking for a safe place to pull over. The next exit from the freeway was less than a mile away. 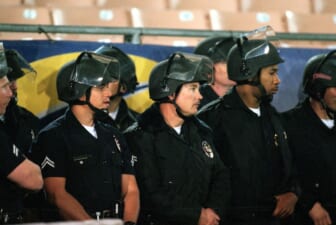 “I feel like I had heard that’s what you do; you slow down, you put your flashers on, and you drive to a safe place,” Harper later said. Her explanation is backed up by the Arkansas State Police Driver License Study Guide in a chapter called “What to do when you are stopped.”

A local report uncovered that Arkansas State Police troopers used the “PIT maneuver” on at least 144 motorists in 2020 — reportedly more than twice the amount of times they has used it in 2019 — several of those interactions resulting in accidents and deaths.