A Pennsylvania man is in hot water after being accused of posing as a member of the Trump family to steal money from supporters.

Joshua Hall, a 22-year-old from Mechanicsburg, Pennsylvania, is facing charges connected to impersonating family members of former President Donald Trump to raise thousands of dollars, according to a statement released by the Department of Justice’s U.S. Attorney’s Office in the Southern District of New York.

The statement in part read, “Central to the scheme was the impersonation by HALL of members of the President’s family, including the President’s minor child, among others, through his creation and use of social media accounts bearing those family members’ names and photographs.

Hall was arrested on Tuesday morning and charged with wire fraud and identity theft, according to the release. 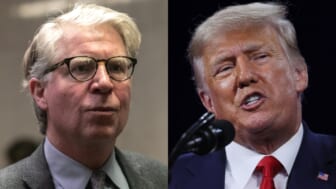 “Joshua Hall allegedly impersonated family members of the then-President of the United States on social media to fraudulently induce hundreds of victims to donate to a political organization that did not exist and then pocketed those funds for his own use,” Manhattan U.S. Attorney Audrey Strauss said in the statement. “We thank the FBI for their partnership in the investigation of this case, and we remain dedicated to rooting out and prosecuting fraud wherever we find it.”

According to the New York Times, Hall allegedly raised more than $7,300 in the scheme tied to a political group called Gay Voices for Trump, which Hall told the Times did not exist. However, Hall allegedly held onto the money, the outlet reported.

Among the people Hall was accused of pretending to include Robert Trump, the former president’s brother; Barron Trump, the president’s teenage son; and Dr. Deborah L. Birx, the White House’s coronavirus coordinator at the time, the Times reported.

There were many victims who reportedly fell for Hall’s schemes.

“Hall led hundreds of people to believe they were donating to an organization that didn’t exist by pretending to be someone he wasn’t, as alleged,” FBI Assistant Director-in-Charge William F. Sweeney, Jr. said in the statement. “As we continue to investigate fraud in all its many forms, we urge the public to remain aware of the prevalence of online scams and exercise due diligence when making donations online.” 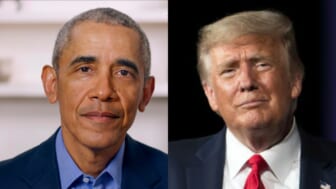 The Times reported that Hall told them last year “his fake accounts were clear parodies and that anyone should have known that, including Mr. Trump, by reading a few of their typically juvenile posts.”