50 Black women killed by police since 2015; not one officer convicted

“Violence towards Black girls and women has always received far too little coverage,” said Arisha Hatch, vice president and chief of campaigns at Color of Change

New data provides an illuminating picture into the issue of police violence committed against Black women. From February 2015 to March 2021, police killed at least 50 Black women across the country and not a single officer involved in those deaths has been convicted, according to a new Insider report.

The Insider report notes that the true number of Black women killed by police during this time frame is likely higher, but the website’s current database is populated with cases that are confirmed through conversations with racial justice activists and court documents, records and other materials obtained through the Freedom of Information Act. 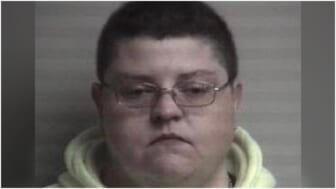 These Black women include those whose stories have made headlines like Breonna Taylor, Korryn Gaines, and Atatiana Jefferson and those whose names have yet to be amplified on the national stage, like 72 year-old Geraldine Townsend who was asleep in her home in Bartlesville, Oklahoma when officers raided it for marijuana in 2018. Or 38 year-old Yuvette Henderson who was shot in the back with an AR-15 by police in Emeryville, California in 2015.

“Violence towards Black girls and women has always received far too little coverage, leaving loved ones of countless victims of state-sanctioned murder without justice,” said Arisha Hatch, vice president and chief of campaigns of the racial justice organization Color of Change.

Insider’s database identified 100 officers involved in the killings of Black women. Out of that group, only nine officers were fired. Three officers were charged with aggravated assualt by a public servant, murder, and second degree murder; two other officers received civil charges.

In December 2014, the African American Policy Forum (AAPF) and the Center for Intersectionality and Policy Studies (CIPS) launched the #SayHerName campaign to make the experiences of Black women who have been victimized by racist policing visible in a world that too often renders them invisible, and provide resources to affected families. 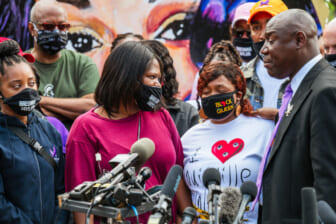 “Over a dozen cities held actions, leading us to campaign work that shapes our movement today. That work plays a large role in more people and communities seeing themselves being valued for the first time in a mass movement for liberation,” Movement for Black Lives activists Karissa Lewis and Charlene Carruthers told Insider.

In addition to Insider’s database, the AAPF and CIPS published a report in 2015 that details the cases of Black women tragically slain by police and outlines goals for the #SayHerName campaign.