Trina and Eve to compete in next Verzuz battle

This week it was confirmed that Philly native Eve and Miami music legend Trina will be going head-to-head in the next Verzuz battle, and fans of both ladies have been embroiled in a debate about who deserves to win ever since.

According to reports, the next two battles are set with Eve and Trina hopping into the ring on June 16, followed by Soulja Boy and Bow Wow’s Verzuz on June 26th. 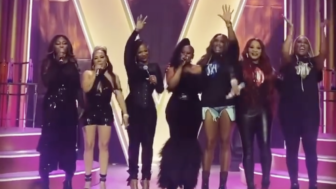 Back in March, Trina told The Shade Room that if she had her choice she’d choose to battle Lil Kim.

“[Lil] Kim is that b***h. Let’s be very clear…When I came into the industry, this is who I looked at, looked up to,” she explained at the time. “This is the lyrics that I recited, this is what made me know that it’s okay to talk that lethal shit…”

“So therefore I would feel like that’s equivalent because Kim is legendary,” Trina continued. “It won’t even feel like a competition cause it’s a family thing. I’m probably going to be so much more engaged in her records than anything. Cause it’ll go back to like when I first heard her, so I’ll be in my vibe, like fanned out, you know what I’m saying?”

“That’s just my little opinion,” she concluded, before noting, “but nobody reached out.”

Although Trina didn’t get her first choice, most of social media seems to agree that she and Eve will surely have a night worth remembering. Neither female emcee has publicly spoken up about the event since it was officially announced Wednesday evening.

As we previously reported, Timbaland and Swizz Beatz have plans to take Verzuz to the next level.

The superstar producers transformed their music platform from a socially distanced, live streaming project to a multi-million dollar, high production brand that has signed partnerships with high-profile businesses like Apple Music and Peloton. Recently acquired by Triller Network, Verzuz remains focused on Black artists, according to Timbaland and Swizz, who spoke exclusively with theGrio.

“I think our goal was to shine light on people that never got they flowers, like creators,” Timbaland said. “That’s why we started off with the producers and the songwriters because people don’t know that they are a big part of those songs. We was all going off the hype that we started seeing people enjoying what we were putting together. So it was the love that, to me, was the most important thing for Verzuz.”

Timbaland and Swizz are now shareholders in Triller Network and have allocated part of their equity stake to artists who have appeared in past Verzuz battles, the majority of whom are Black performers. 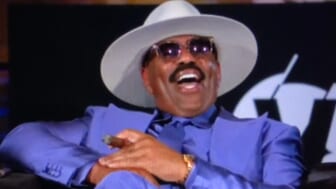 Promoting and fighting for Black ownership was an essential part of their deal with Triller, according to Swizz.

“Me and Timb made [Verzuz] Black-owned,” the 42-year-old producer explained. “Now, we’ve brought 43 more Black creatives as owners and shareholders in Verzuz Triller. It’s a new day, it’s a new beginning and showing people that everybody can win. Everybody can eat. Everybody can go to the finish line with you instead of just saying, ‘Okay, thanks for coming. We’ll see you later.’ Me and Timb, we thought it was important to share everything and it’s been great. So just expect more greatness because we’re more charged up now than ever.”