Fantasia posted a photo of her her 2-week-old baby girl swaddled on her chest.

American Idol alum Fantasia Barrino shared the first photo of her newborn daughter Keziah as they await to take her home from the newborn intensive care unit (NICU).

Wednesday, the 36-year-old new mom posted a photo of her her 2-week-old baby girl swaddled on her chest. 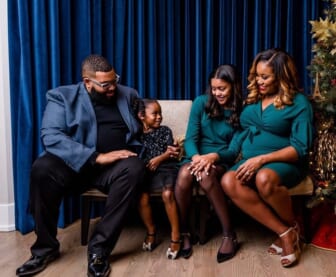 “Keziah was born a little too early but she is a fighter just like her Mother,” Barrino wrote on Instagram May 26, just three days after her daughter was born and taken to the NICU. “When you see the words Strength, Determined, Perseverance, and Unbreakable think of Fantasia Monique Taylor.”

“The Elephant is the animal I chose to surround @keziahlondontaylor with because it represents patience, strength, power and remembrance,” she shared when the child was born.

She then noted that these are “just a few of the qualities that her presence has brought into our lives and this world. We were patient waiting on you to enter this world and we will always remember the strength that it took for me and @salute1st to create something as powerful as your life itself.”

“Happy Birthday to our little Angel 5-23-21 and may God keep and cover you for the rest of your days!” Barrino concluded.

The powerhouse singer first revealed she was pregnant during an Instagram live with her husband in late November and the pair was also transparent about her complications with fertility. The following month Barrino made an appearance on The Tamron Hall Show where she shared even more about her struggles with pregnancy.

“At first, we thought we were going to have to do different things,” she began, explaining that many people had recommended in vitro fertilization. “This is a three-year journey we’ve been on.”

She later found out from a doctor that one of her fallopian tubes had closed at which point Barrino says the couple decided to take a break and “let God be God.” 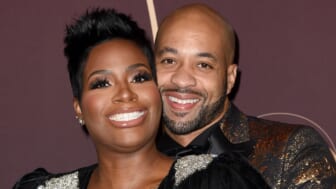 “I kid you not, I forgot about it,” the singer told Hall at the time. “And then I woke up one night, and I was just like, ‘Something’s different.'”

“I was so excited,” she recalled of her reaction when six pregnancy tests came back positive.

“When she threw [the test] at me, I was like, ‘Yo, you playing? Are you serious?’ ” Taylor recalled. “And from that point, it just increased our faith even more.”

Although Taylor conceded that “everybody’s journey is different” when it comes to conceiving and fertility issue, he admitted that despite the odds he always had the a gut feeling it was “gonna happen naturally” for them and ultimately he was proven right.

This child will be the first for the couple but Barrino already has two children from previous relationships — Dallas Xavier, 9, and Zion Quari, 19 — and Taylor is dad to a son named Treyshaun.