“There was absolutely no excuse for it," a musician who recorded the incident said.

An American Airlines flight attendant has gone viral for going off on passengers in a fiery rant that was caught on camera and shared on TikTok.

The incident occurred on a Monday flight from LA to Charlotte, North Carolina. In the video, a man hurls obscenities at a female flight attendant and calls her “a fat gorilla” after she tells him to wear a face mask, the New York Post reports.

“There was absolutely no excuse for it,” musician Brent Underwood of the band 87&Pine, who recorded the video, told the Charlotte Observer. 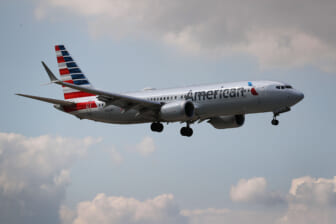 Part 1. @officialamericanairways on 6/7flight from LAX-NC was diverted to Raleigh because of bad weather. We refueled and we’re waiting to take off.

“It doesn’t matter what you look like. Everybody deserves respect. And everybody deserves to be punished equally for being a rude person like that. Why would you call a person a fat gorilla?” he said.

According to the report, bad weather forced the flight to divert to the Raleigh Durham International Airport for three hours, where it was refueled. Some passengers became unruly during the delay because they were served only water and cookies.

“Just like you, we have not eaten also,” one of the male flight attendants is heard saying in the clip. “We’ve catered to you the entire flight. We do it because we love this job.

“But the fact that we get insulted and mistreated by passengers over things we cannot control is disgusting,” he continued.

“We’re just trying to go to Charlotte,” the attendant added. “But shame on the passengers that have made this flight a living hell for the flight attendants.”

“Flight attendants on @officialamericanairways are done with your b.s.!” Underwood wrote in the comments of the 2-part clip on TikTok, adding the hashtags #AmericanAirlines, #facemask and #dumbcustomers.

“The flight crew did absolutely nothing wrong,” he told the Observer. “They were more professional than I would have been.”

American issued a statement and defended the flight attendants.

“We take the health and safety of our customers seriously, and our crew members work hard to uphold the federal mask mandate that remains in effect on aircraft and in airports,” the statement said. “We value the trust our customers place in our team to care for them throughout their journey, and we expect those who choose to fly with us to treat each other — and our team members — with respect.”

According to the report, the disruptive passengers were not removed from the flight or arrested. 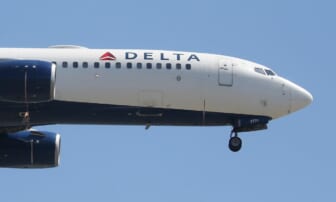 Part 2 @officialamericanairways on 6/7 LAX-NC diverted due to bad weather. 22 year old man calls attendant “Fat Gorilla” & Suck his ? because of ?

Back in March, an American Airlines flight headed to California was diverted to Phoenix after two women allegedly got into a racially charged argument with another passenger who asked them to stop using hate speech, theGRIO reported.

According to police, the incident took place on Feb. 24 on Flight 776 from Dallas-Fort Worth to Los Angeles. The airline confirmed in a statement that after arriving in Phoenix, authorities “removed and arrested two individuals for verbally and physically assaulting other customers and flight crew members.”

Witnesses later explained to Phoenix police that the two women – identified as 30-year-old Kelly Pichardo and Leeza Rodriguez, 29 – were using a racial slur when a male passenger interjected. He requested that they stop using offensive language.

Both women were placed on American Airlines’ internal refuse list as part of the investigation. They were each charged with disorderly conduct with Pichardo hit with felony assault charges.

“We continue to investigate this incident and are working directly with impacted customers to ensure their well-being. We thank our crew members for their professionalism in managing a difficult situation,” the airline company said, noting that the aircraft eventually continued to California as planned without further incident.