In an appearance on CNN Newsroom Thursday, Toobin revisited the incident with Alisyn Camerota.

“Obviously, I wasn’t thinking very well or very much,” he told her. “It was something that was inexplicable to me. I think one point — I wouldn’t exactly say, ‘In my defense,’ because nothing is really in my defense — I didn’t think I was on the call. I didn’t think other people could see me. … I thought that I had turned off the Zoom call.”

“Now, that’s not a defense,” the 61-year-old Toobin added. “This was deeply moronic and indefensible, but that is part of the story. I have spent the seven subsequent months — miserable months in my life, I can certainly confess — trying to be a better person.”

He told Camerota he has since been seeing a therapist, volunteering and working on a new book. He added that he’s trying to “become the kind of person that people can trust again.”

When asked about how the incident may have impacted his former colleagues, Toobin stated that he had spoken to “several.” 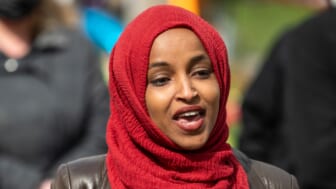 In the Thursday interview, Toobin apologized to his wife and family and said, “I am sorry to my former colleagues at The New Yorker. I’m sorry to my current — fortunately still — colleagues at CNN. And I’m sorry to the people who read my work and who watched me on CNN who thought I was a better person than this. I’ve got a lot to rebuild, but I feel very privileged and very lucky that I’m going to be able to try to do that.”