“The news is out!” author Angie Thomas wrote about Sanaa Lathan directing 'On The Come Up.'

Tony-nominated Lathan is gearing up to make her feature directorial debut with On the Come Up, Deadline reports. The film is in development with Paramount Pictures and is an adaptation of Angie Thomas’ novel On the Come Up, which is a #1 New York Times bestseller.

Lathan, who was born in New York and is a Yale School of Drama graduate, is adding this project to a plethora of notable accomplishments. In addition to this new film, Lathan will reportedly appear in the Emmy Award-winning HBO series Succession. She will also be starring in Netflix’s drama series Hit and Run and has a short film she directed called Leap that is slated to premiere at the Tribeca Film Festival. 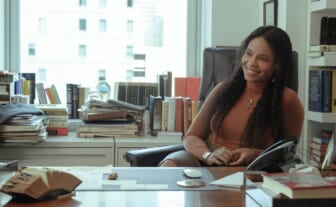 On the Come Up author Thomas and fans alike are excited to have Lathan on board to direct this new production.

“The news is out!” Thomas wrote on Instagram. “So excited to have @sanaalathan as the director for #OnTheComeUp. Cannot wait for y’all to see what she has in store. Bri is coming ☺️.”

Thomas is also the author of her acclaimed debut novel, The Hate U Give, which followed a 16-year-old navigating two worlds after her best friend died at the hands of police, causing a national uproar. The film explored issues of race, code-switching, and police brutality. 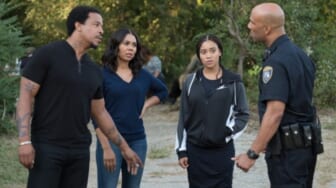 Also Read:
REVIEW: ‘The Hate U Give’ is a provacative teen drama worth seeing

The award-winning author continues to explore social and racial issues in her work. Thomas is a former teen rapper who was born, raised and still lives in Jackson, Mississippi, according to her biography. This new film will draw some parallels with her life story.

The compelling storyline of the book is outlined in the following official overview:

“Sixteen-year-old Bri wants to be one of the greatest rappers of all time. Or at least win her first battle. As the daughter of an underground hip hop legend who died right before he hit big, Bri’s got massive shoes to fill.

But it’s hard to get your come up when you’re labeled a hoodlum at school, and your fridge at home is empty after your mom loses her job. So Bri pours her anger and frustration into her first song, which goes viral . . . for all the wrong reasons.

Bri soon finds herself at the center of a controversy, portrayed by the media as more menace than MC. But with an eviction notice staring her family down, Bri doesn’t just want to make it–she has to. Even if it means becoming the very thing the public has made her out to be.

Insightful, unflinching, and full of heart, On the Come Up is an ode to hip hop from one of the most influential literary voices of a generation. It is the story of fighting for your dreams, even as the odds are stacked against you; and about how, especially for young Black people, freedom of speech isn’t always free.

According to Deadline, Thomas, Temple Hill and State Street are producing On the Come Up and Kay Oyegun wrote the script.