"I don’t know if it’s just him who really thinks this about us.”

A Warren police officer has been put on leave amid an investigation into the racist comments he made on his personal Facebook account.

The unidentified officer reportedly posted racially inflammatory comments on a local media story. In the post, he slammed Black males for not taking care of their kids, claimed Black people are more racist than white folks, and said he would kill himself if he were Black, Detroit News reports.

Facebook user Tamia Brooks was so appalled by his comments that she took a screenshot of the alleged posts and sent it to the Warren Police Department Monday morning. The comments have since been deleted.

Brooks said the Warren Police Department immediately responded to her and the department swiftly took action against the officer.

Warren Police Commissioner William Dwyer said the department is investigating the allegations. Many Twitter users have expressed their lack of confidence in how this incident will be handled.

One user wrote, “Curious to see what the union does in this situation (I think we all know).”

Another added, “Yes continue to show your hatred on social media so we can get u out of these police positions.”

A third said, “Not surprised, the majority of law enforcement in America is racist, why do you think they kill so many Black people.”

Commissioner Dwyer said in a statement on Tuesday:

“This incident involves alleged comments posted to Facebook by an off-duty officer using his personal Facebook profile. Upon being made aware of the allegation, the Warren Police Department immediately launched an internal investigation and placed the officer on administrative leave. The Warren Police Department does not condone the use of racist comments by any employees, whether on duty or off duty. 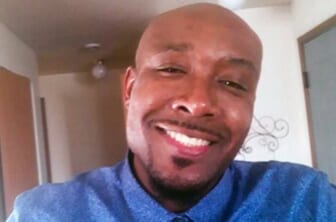 “It’s time we reimagine search warrant operations as they relate to narcotics investigations,” said Tamika Palmer, Taylor’s mother.  “It’s necessary we ban no-knock warrants so that no other parent has to receive the call that I received in the wee hours of the morning.”

Taylor’s niece, Tawanna Gordon, pleaded with lawmakers to “keep your promise to create and pass laws and policies that are free of loopholes to change who is qualified to receive these protections.”

“When we talk about what it’s gonna take to end these issues, it’s really changing how we view both how we interact with the police, but how Black people are viewed in this country,” Senator Adam Hollier, D-Detroit, who sponsored the bills, told WWMT Channel 3 in Lansing.

“I wouldn’t consider this group of bills…a significant step forward,” said Gregg Barak, professor of criminology and criminal justice at Eastern Michigan University. “However, these actions could be the tip of the iceberg for reform.”