Woman dragged out of D.C. bar by hair wants personal apology amidst protests

“I feel like, even just separating race from it, no man should ever handle a woman in that way. That should never be OK.”

You would think that in the heart of “Chocolate City” of all places, Black and Brown people in the community could expect to be treated with a basic semblance of respect.

But attorney Brandon Burrell says his client Keisha Young was brutally handled at Nellie’s Sports bar earlier this month, and she also feels singled out as a victim of racial bias. 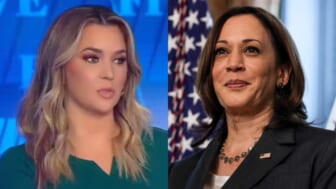 Also Read:
Fox News’ Pavlich says Harris is what happens when you choose VP ‘based on skin color’

As theGrio previously reported, dozens of protestors camped outside the establishment on Sunday, calling for the popular LGBTQ+ bar to be shut down for good after a disturbing video of the Maryland woman being physically dragged out of the bar was shared on Instagram.

The cellphone video shows a bouncer at Nellie’s pulling a young Black woman down a staircase headfirst on Saturday night, a reaction that Young says she did nothing to warrant.

“I feel like, even just separating race from it, no man should ever handle a woman in that way. That should never be OK,” she said Monday on a video call.

The 22-year-old says that on Saturday, while she was attempting to celebrate D.C. Pride, a Nellie’s bouncer mistook her for another patron who’d tried to bring a bottle into the bar.

She says the bouncer then dragged her down the stairs as witnesses at the foot of the stairs shouted and pleaded for him to stop. At one point, attempts were even made to pull him off of her to no avail.

A history of problematic behavior?

“What I think is important to make clear is that what happened to Keisha Young is not an isolated incident, and the overarching issue is how Nellie’s ownership and management has treated Black patrons, Black queer patrons for years,” D.C. Black Lives Matter organizer Preston Mitchum said in a statement to theGrio.

“Doug Schantz made so many insinuations and implications of hip-hop culture causing violence in his establishment among other things related to stereotypically Black liquor,” Mitchum said of what took place in 2017 when he first contacted the venue’s owner about racial profiling allegations.

“It is unacceptable for a woman – or any person – to be dragged by from the top to the bottom of the steps by their body and by their hair. Again, I hate that this happened at the expense of a Black woman, and I am so thankful that people are finally acknowledging and speaking up again about their negative experiences at Nellie’s. Many of us have had these negative experiences for quite some time.” 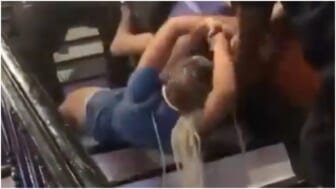 In response to the backlash, Nellie’s released the following statement on Instagram:

“We were incredibly upset and disturbed to see the unfortunate event that took place at Nellie’s last night. We are undergoing a full investigation of the situation. At Nellie’s, we foster an inclusive and safe environment, so events like this are completely unacceptable to us.”

Nellie’s later updated that statement by confirming they had terminated the security company responsible for the incident.

“Nellie’s Sports Bar has terminated, with immediate effect, the independent security vendor hired to protect our guests during Pride Week,” their updated post read. “Our investigation into the matter is ongoing, and we will cooperate with any law enforcement investigation, however, we do not need to wait for the investigation’s conclusion before we take decisive action.

“We offer a heartfelt apology to all who witnessed the horrific events of this past weekend. No matter what behavior occurred prior, nothing warrants mistreating, and disrespecting, one of our guests.”

But Young and her attorney say that wasn’t enough because she was never directly named or addressed in either of the statements.

Young also clarified that despite the public apologies being issued by the popular U Street venue, not a single member of Nellie’s team has spoken to her personally since the incident.

“He’s rejected many of our attempts to really work with him over the years,” Mitchum concluded.