Brandon Kyle Goodman opens up about art, advocacy and his solo play ‘The Latrell Show’ on ‘Acting Up’

The 'Big Mouth' actor talks about being Black and queer and his solo project on the latest episode of the podcast hosted by theGrio's Cortney Willis.

Brandon Kyle Goodman may be best known for his hit Netflix series Big Mouth, but the actor, writer, and activist has many talents in his arsenal. 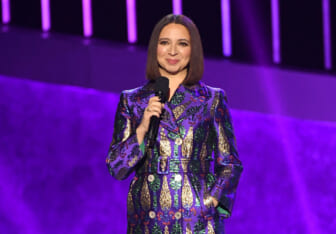 Goodman has graced the screen in projects like Feel The Beat and Amazon’s rom-com anthology series Modern Love, and he recently signed on to the star-studded Big Mouth spin-off, Human Resources.

During a recent episode of Acting Up, he discussed his activism and his engaging IG account where he’s constantly serving up tons of inspiration and weighing in on everything from sex to race issues, to our ongoing fight for equality.

“Growing up, I didn’t have a lot of people to look up to that were openly queer and Black and, non-binary, so I would latch on to certain people,” he explains.

My hope when I’m on social media, is that I can be a light for somebody else who is also coming into the community or looking to see somebody that’s like them; that is Black, but also queer and comfortable in both those spaces.”

The Queens native who received his B.F.A. from the prestigious Tisch School of the Arts at NYU, utilizes his platform for good, constantly encouraging his followers to donate to organizations like The Innocence Project, The Bail Project, Black Trans Travel Fund and Black Lives Matter.

Goodman also dished details about his solo play, The Latrell Show for IAMA Theatre Company and revealed how he cultivated the character to help him navigate his own journey.

“I started playing this character about ten years ago, and his name is Latrell Jackson and he’s a talk show host who has this New York, kind of Harlem, I’m from Queens kind of way about him,” Goodman said, adding, ‘But he’s extremely femme and extremely comfortable in his flamboyance and his Blackness and queerness, which in many ways was me in my twenties, trying to reckon with the intersections of my identity and finally finding the safe space on stage to do that,” he says.

The  dark comedy explores how it is to be Black and queer in America by way of Jackson, a hilarious and opinionated talk show host. As Latrell films a “very special” episode giving hot takes on his favorite hot topics, matters of the world begin to compromise his relatable persona.

“Latrell was my coping mechanism. So in the show, you see how Latrell becomes somebody else’s coping mechanism. The show really investigates the mental aerobics of being Black in corporate America and and our mental health and our resilience, but also our pain.

Written and performed by Goodman and co-directed by IAMA co-artistic director Stefanie Black and company member Devere Rogers, The Latrell Show is truly an experience.

“It was daunting to get back into this without an audience, especially without having that immediate feedback. That was really scary and then also, I was like, ‘Can I talk for 90 minutes and have it be interesting?’ My mother was a solo artist and my grandmother was a minister, so trusting my legacy and trusting that I have what it takes to step up to the plate has been gratifying.” 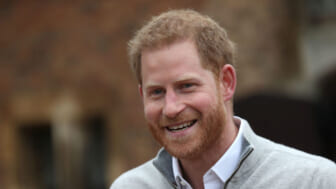 The Latrell Show is available to stream at www.iamatheatre.com.

Check out the full conversation on Acting Up.