Charles Barkley says execs told him to stop jokes about women: ‘they can kiss my a**’

“You can’t even have fun nowadays without these characters trying to get you canceled and things like that,” Charles Barkley said.

Former NBA player and Inside the NBA host Charles Barkley says he will not be changing his tune on-air, regardless of what his employer executives say.

On Monday, Barkley told D.C.’s 106.7 The Fan hosts Grant Paulsen and Danny Rouhier that Turner executives have told him to end his jokes about women in San Antonio, The Hill reports.

“You can’t even have fun nowadays without these characters trying to get you canceled and things like that…I’m trying to hang on for another couple of years until I’m 60 and then they can kiss my a**,” the 58-year-old Barkley told the hosts. “I’m only working until 60. I’ve already told them that. I’m not working until the day I die. That’s just stupid. And if I don’t have enough money by now, I’m an idiot, anyway. They should fire me, anyway.” 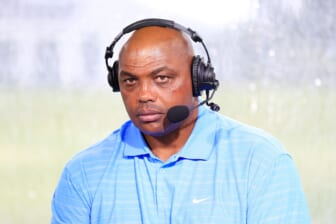 Also Read:
Charles Barkley says politicians ‘make whites and Blacks not like each other’

In what has become a years-long running joke, Barkley has taken countless shots at the women of San Antonio during his time on Inside the NBA, most often referring to their weight. Barkley has used the phrases “Big a** women” and “big ole women” to describe women in San Antonio, and has jested that “Victoria is a secret down there” and that San Antonio is a “gold mine for Weight Watchers”.

Barkley’s latest comments on cancel culture are consistent with what he has said in the past in response to those who aren’t feeling the jokes. Following backlash in 2014, Barkley doubled down on what he believes to be his right to tell the jokes during an Inside the NBA episode saying, “I’m going to have fun on tv. You know I’m joking. Some of you people don’t like my sense of humor and here’s what I got to say: turn off your damn television,” said Barkley. “I’m not going to change. If you don’t like me or the show, turn it off. And they want me to apologize, that’s not going to happen.” 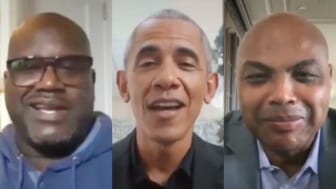 In this week’s 106.7 The Fan interview, Barkley also referenced an article written by San Antonio-based journalist Madalyn Mendoza, who has addressed Barkley’s fat-shaming in the past. Over the years, some women in San Antonio have shot back at Barkley with blogs, interviews, and even the hashtag #ProudSAWoman to promote body positivity.

“As a woman from San Antonio, I know what it’s like for Barkley to consistently make us the source of his ‘humor. When ALL of your humor (re:) women is about weight and appearance, it’s not funny. It’s misogyny,” tweeted one woman in response to Barkley’s latest comments.

It is unclear whether any groups are demanding for Barkley to be fired from Inside the NBA or an apology.