The Suns are not certain exactly how long Paul will have to be away from the team, the person said, speaking to AP on condition of anonymity

Phoenix guard Chris Paul has entered the NBA’s health and safety protocols and it is unclear whether he’ll be available for the start of the Western Conference finals next week, a person with knowledge of the situation said Wednesday.

The Suns are not certain exactly how long Paul will have to be away from the team, the person said, speaking to The Associated Press on condition of anonymity because neither the player nor the team have publicly released anything. It is unclear whether Paul has been vaccinated.

The Athletic first reported that Paul was entering the protocols.

The earliest the West finals would begin is Sunday. It depends on how long the other West semifinal series between Utah and the Los Angeles Clippers lasts; if the Jazz-Clippers matchup ends Friday, then Game 1 between the winner of that series and the Suns will be Sunday afternoon. 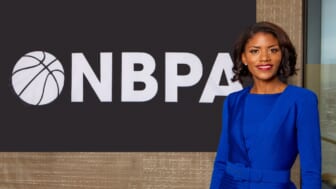 Also Read:
Joi Garner is the force behind the scenes in the NBA Player’s Association’s branding arm

Otherwise, the likely start date for Game 1 of the West series is Tuesday.

In March, the league also relaxed some of the protocols that were put into place last fall, doing so in response to players and coaches choosing to receive the vaccine that protects against the coronavirus. 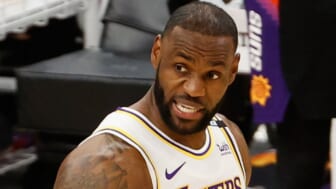 But the league also cautioned at that time that “if an individual has symptoms consistent with COVID-19, the previous protocols apply” — which would still mean that anyone with those symptoms “may be subject to quarantine” regardless of their vaccination status.

Paul scored 37 points in Game 4 of the West semifinals against Denver, helping Phoenix finish off a four-game sweep. He has only played in the West finals once in his career, doing so in 2018 with Houston against Golden State. The Rockets held a 3-2 lead in that series when Paul injured a hamstring and had to miss Games 6 and 7; Houston lost both and the Warriors went on to win the NBA title.