"I don't think he would have minded that I shared this with you guys," Pinkett Smith posted.

Jada Pinkett Smith hit up social media Tuesday night to remember Tupac Shakur ahead of what would have been the late rapper’s 50th birthday on June 16.

Pinkett Smith shared a never-before-seen handwritten poem by Pac titled “Lost Soulz,” which is one of the “many letters and many poems” he gave her, she said.

“I don’t think this one has ever been published,” Pinkett Smith said in the clip, in which she recites the poem “… I don’t think he would have minded that I shared this with you guys.” 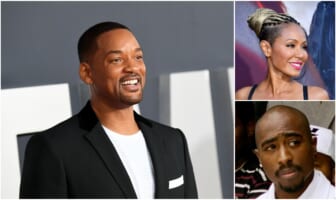 Also Read:
Will Smith admits he was ‘insecure’ and jealous of wife Jada and Tupac’s friendship

Pac allegedly penned the poem while locked up at Rikers Island, and it talks of death and includes him saying, “Let me live to see what was gold in me/ Before it is all too late.”

In her Instagram caption accompanying the letter, Pinkett Smith wrote: “As we prepare to celebrate his legacy … let’s remember him for that which we loved most … his way with words. Here are a few you may have never heard before Happy ‘you goin’n to be 50 at midnight’ Birthday Pac!  I got next.”

She then read the poem in the video:

Some say nothing gold can last forever / And 2 believe this [I] need no proof / I have witnessed all that was pure in me / And be changed by the evil men can do / The innocence possessed by children / Once lived inside my soul / But surviving years with criminal peers / Has turned my warm heart to cold / I used 2 dream and fantasize / But now I’m scared 2 sleep / Petrified, not to live or die / But to awaken and still be me / It is true that nothing gold can last / We will all one day see death / When the purest hearts are torn apart / LOST SOULS are all that’s left / Down on my knees I beg of God / To save me from this fate / Let me live to see what was gold in me / Before it is all too late.

Pac was 25-years-old when he was killed in a drive-by shooting in Las Vegas on Sept. 13, 1996. The case remains unsolved. Back in 2018, Pinkett Smith admitted on an episode of her Red Table Talk series that she’s still “angry” that Tupac “left” her.

“That was a huge loss in my life because he was one of those people that I expected to be here,” she explained to her co-hosts, mother Adrienne Banfield-Norris and daughter Willow Smith. “My upset is more anger. You know what I’m saying? Because I feel that he left me. And I know that’s not true, and it’s a very selfish way to think about it, but I really did believe that he was going to be here for the long run.” 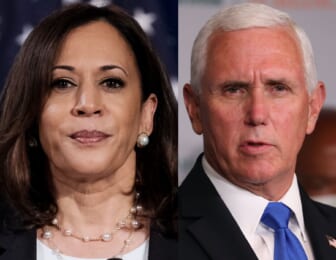 Pac’s death made her “afraid of fame,” Pinkett Smith said.

“When I think about what I had going on when I was younger, I do think I was really afraid of fame,” she said.

“I really worked hard to keep everything small. I saw how Tupac got devoured by having fame too fast. I watched what happened to him and, in all honesty, I think it scared me. For a long period of time, I really tried to put a cap on fame. I’ll never forget when Michael Mann called me for ‘Ali’, I was like, I have no interest in being in your movie. I look back on things like that in my youth and think, ‘What a freakin’ idiot you were!’ But I realize now I was really scared … I was afraid of the success. Look, I can deal with the failures. Trust me. Falling on my ass and getting up, I’m good at that one. It’s the other stuff.”

Pac and Pinkett Smith met in high school in Baltimore and grew close until they became estranged due to the violence surrounding his fame. As reported by PEOPLE, a fight ultimately led to their separation. She opened up about their “complex relationship,” on Red Table Talk, saying “we were an anchor for each other.”