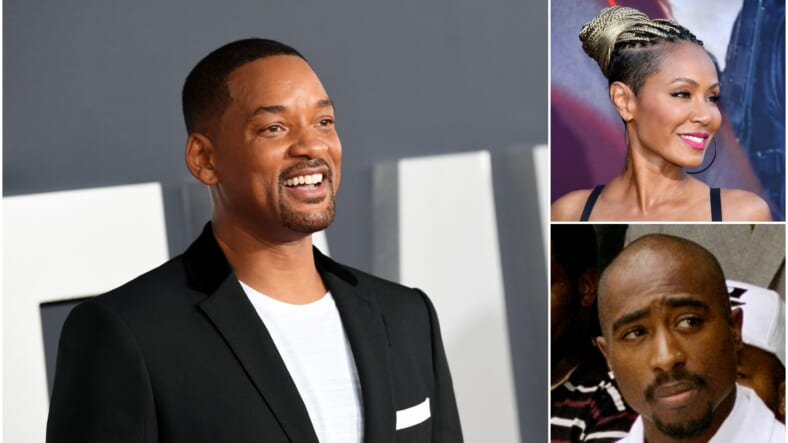 Will Smith may seem like a super confident A-list celeb now, but in a recent interview he admits that his wife Jada Pinkett-Smith’s friendship with hip-hop legend Tupac Shakur once left him feeling “jealous” and “insecure.”

This week, Smith and “Bad Boys For Life” co-star Martin Lawrence dropped by The Breakfast Club during their promo tour for the film, the third in a series, which debuts Friday. During the hour-long sit-down, the actor revealed that the platonic bond that Shakur shared with Pinkett-Smith before his untimely death in 1996 often made him uncomfortable and stopped the two men from forging a connection of their own.

READ MORE: Will Smith surprises iHeartRadio receptionist right before she transitions into retirement

The admission came in response to host Charlamagne the God directly asking Smith, 51, if he ever took an issue with his wife’s male best friend, to which he responded, “Oh, yeah. Oh my God and that was in the early days. That was a big regret for me, too, because I could never open up to interact with ‘Pac.”

Pinkett Smith had been friends with Shakur since childhood, and before the rapper could even think of making it more than that, Smith — who himself was known as a platinum-selling hip-hop artist in those days, rather than a blockbuster movie star — says he swooped in.

READ MORE: Jada Pinkett Smith says Willow has had to check Will Smith for misinformed comments

“They had come into the age where now that was a possibility and Jada was with me,” he explains. ” ‘Pac had a little thing with that, but she just loved him. He was the image of perfection, but she was with the Fresh Prince.”

He went on to say that even when they were in the same room together (which happened on numerous occasions) neither he nor Shakur could bring themselves to approach each other.

When Charlamagne speculated that the two men could have ironically become great friends if they’d tried, he conceded, “That’s what Jada would say all the time, ‘I’m telling you, y’all are so similar, you would love him. And I just never… that was a huge regret of mine. I couldn’t handle it. I was the soft rapper from Philly, and he was Pac.”