“[Juneteenth] does not celebrate one day in just one place, but instead it recognizes the harsh experiences of all those who were enslaved. The mothers, fathers, children, and siblings who toiled in Maine’s soil and built Maine’s economy without enjoying their own freedom,” said Rep. Rachel Talbot

Maine is one of the latest states to honor Juneteenth by making it an official state holiday.

Maine Governor Janet Mills signed the legislation into law last week, but it will not take effect until 2022, the Portland Press Herald reports.

Of course, with the Senate’s unanimous passage of legislation to make Juneteenth a federal holiday on Tuesday, a national observance of the holiday could soon be the new norm.

As theGrio previously reported, Juneteenth would become the 11th federal holiday if the bill becomes law. This would mean federal workers would be required by law to get the holiday off, but there would be no requirement for private businesses to give an off-day to their employees, HuffPost reports. 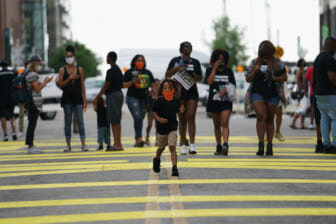 Lawmakers in Maine say the holiday is an opportunity to reflect on the far-ranging and enduring impact of slavery in the US. Maine now joins Louisiana, Oregon, New York, Texas, and Washington in making the historic anniversary an official state holiday.

“[Juneteenth] does not celebrate one day in just one place, but instead it recognizes the harsh experiences of all those who were enslaved. The mothers, fathers, children and siblings who toiled in Maine’s soil and built Maine’s economy without enjoying their own freedom,” said Rep. Rachel Talbot Ross, who sponsored the bill.

Mills also spoke to the significance of the holiday in an official statement. “The end of slavery was made possible by the courage and sacrifice of nearly 200,000 former enslaved and free African Americans who fought for freedom and liberty alongside their fellow Union soldiers, including more than 70,000 soldiers from Maine,” said Mills.

“While we have made progress in the long march to create a more perfect union since that fateful day, progress is by no means inevitable. By establishing Juneteenth as a State of Maine holiday, may we renew our commitment to fighting for a state and nation where equality, freedom, and justice for all is more than an ideal, but a reality.” 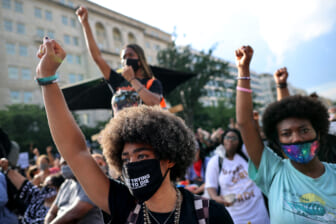 On June 19, 1865, enslaved people in Galveston, Texas was finally informed of the Emancipation Proclamation two and a half years after former President Abraham Lincoln signed it in 1863.

The decree delivered by General Gordon Grange read in part:

“The people of Texas are informed that in accordance with a Proclamation from the Executive of the United States, all slaves are free. This involves an absolute equality of rights and rights of property between former masters and slaves, and the connection heretofore existing between them becomes that between employer and hired laborer.”