Black Girls are the American dream: ‘What’s In It For Us’ talks Black women leading the way 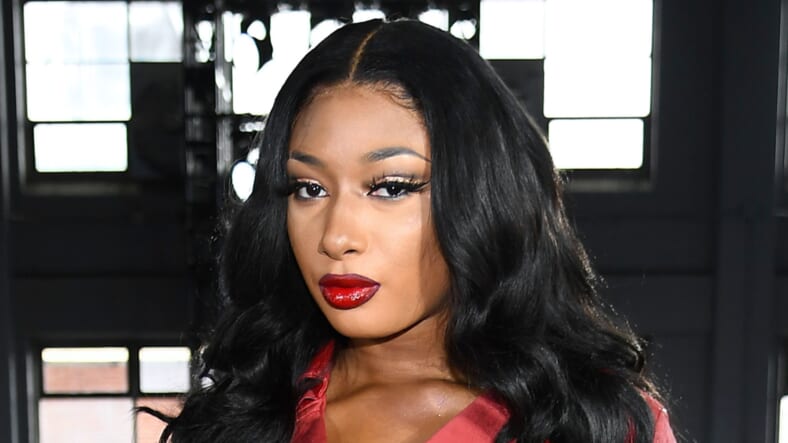 In what observers assume is a response to Tory Lanez assertions on Instagram Live, Megan Thee Stallion tweeted only four words: “This N***a genuinely crazy.” (Photo by Dimitrios Kambouris/Getty Images for NYFW: The Shows)

The official start of summer is just around the corner and it looks this year it might be hotter than ever. Rap superstar Megan Thee Stallion made herself at home on everyone’s timelines last week with the release of her latest single, “Thot Sh*t.”

While the warm weather anthem may be a calling card for everyone gearing up for a hot girl summer, the visuals for the song also pack a powerful message about the degradation and disrespect of women.

“I think that what she is doing is so fascinating and subversive and direct and beautiful for Black women,” said What’s In It For Us host Dr. Christina Greer. “[But] there’s a part of me that’s like ‘this is hard for me to digest.’”

Writer and comedian Pat Brown joined the show this week and said that she, like Dr. Greer, came of age in area that prioritized modesty and so-called respectability, but said this generation of women rappers and their unabashed display and ownership of their sexuality are actually the embodiment and realization of the American dream.

“I actually love that they’re so free,” said Brown. “I feel like she [Megan Thee Stallion] and Cardi B are the American dream. They have pulled themselves up by their bootstraps, or by their clear stilettos, and they’ve made themselves millionaires twice over. They’ve pulled themselves to the top of the heap and they should be applauded for that.”

Both Dr. Greer and Brown pointed out the double standard that women rappers, in particular, face in public discourse about hip hop and music in general, and cited their own love for male rappers who use explicit lyrics. 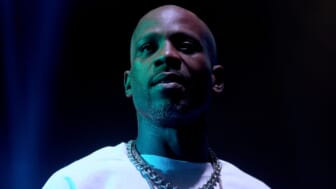 “Everyone who knows me knows Biggie is my favorite rapper of all time and Biggie had some things on his first album,” said Greer. “You go down the list of male rappers and all of them talk about explicit—dare we say vulgar—topics, but they’re not framed in that way because they’re not women and they’re not Black women.”

The hosts later switched gears to talk about Darnella Frazier. The teenager was recently honored with a special Pulitzer prize citation in journalism for capturing the murder of George Floyd on camera and sparking a summer of global unrest in 2020. Frazier was just 17 years old at the time, and both hosts say that while the honor is more than deserved, they’re concerned about the long-term trauma she faces in the wake of bearing witness to such a violent act.

“The world knows about George Floyd because of Darnella Frazier,” said Greer. “The guilt that she has articulated so eloquently and the sadness of being part of this larger story makes me want to keep sending her energy to thank her for her bravery.”

Rounding out the conversation this week was a discussion about two Mississippi high schoolers who were named valedictorian and salutatorian only to later be forced to share the honor with two of their white classmates. The decision came after parents argued that Ikeria Washington and Layla Temple had been bestowed the honor based on a mistake made by the school’s counselor, and confusion around two different methods for calculating grades.

Temple and Washington earned the honor based on a weighted GPA, which factors in thing like advanced placement classes, but based on the unweighted GPAs two other students, Emma Berry and Dominic Borgioli, who are both white, ended up with the highest GPA for the graduating class. 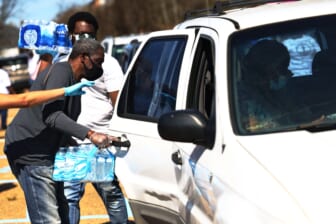 Also Read:
‘What’s In It For Us’ talks Black environmental concerns

Greer said in her opinion, the weighted GPA holds the distinction of being more academically challenging.

“I don’t believe in unweighted GPAs because if you take underwater basket weaving and some nonsense and I’m taking AP calculus and AP chemistry, we are not the same,” said Greer. “This makes my blood boil as an educator because I’ve seen this happen time and time again to students.”

The school apologized for the alleged error and said race was not a consideration in deciding to name two valedictorians and salutatorians. Both hosts agreed that the apology was a day late and a dollar short.

Dr. Greer will be back next week to continue celebrating Pride Month, unpacking the politics of the world around us, and asking: What’s In It For Us?

What’s In It For Us is now streaming on Apple Podcast, Spotify, and Stitcher. theGrio is now on Apple TV, Amazon Fire, and Roku. Download theGrio today!