Leslie Odom Jr. and his wife Nicolette Robinson are using their talents for good and partnering with Bayer Aspirin for the new “Your Heart Isn’t Just Yours” campaign.

The couple wrote the song “Second Chance” for the campaign inspired by Odom’s father-in-law, Stuart K. Robinson, who survived a major heart attack and even used Stuart’s heartbeat as the rhythm for the touching tune. 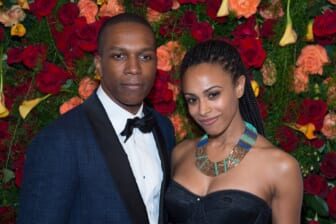 “This song is a celebration of all of the moments Nicolette and I are so lucky to have with my father-in-law after he survived a heart attack. Our wedding, meeting his grandchildren, and so many other moments in between -these are the memories that inspired the music and lyrics,” Odom says in a statement. “My hope is this song inspires heart attack survivors to keep working toward their goals so they too can celebrate these special moments with their families.”

theGrio caught up with Odom to find out why this cause is so important to his family.

“I had this connection with Stu, who had a major heart event a while ago now. It was at the beginning of Nicolette and my relationship and it was kind of like our first big test. Not a relationship test but, I think about relationships is like, that’s the stuff, right? When you go through those trials and tribulations,” he says.

So we were a newly dating couple and her dad is all of the sudden in the hospital having major heart surgery. They discovered he had blockage in all four chambers of his heart and so Stuart has for stents in his heart. They can’t say exactly, but we don’t know if he was a week away or a month away from things being a lot more tricky to deal with. They caught it, but it was a very fraught time.”

Now, Stuart is focused on a healthier lifestyle.

“All these years later, Stuart takes a Bayer aspirin every single day; doctor-directed, of course, and has changed his diet and has changed his fitness habits. So there was just this connection and we were able to write from personal experience,” he continues.

“Like most families, I would say we had really not talked about it since going through it. After doing this campaign, I asked him questions about his surgery and that experience that I’ve never asked him before because the opportunity didn’t present itself or because of like what- superstition or something? It was just so scary and it was the most scary medical moment that our family has been through. So this allowed us to have the conversation for the first time about what that was like and what was it like for you and what did you go through, and then we got to make some art about it, which is always our preference. The little family of artists that we are.” 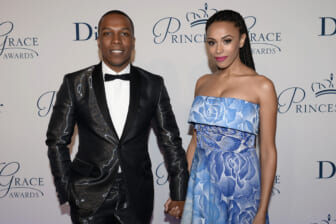 Also Read:
Leslie Odom Jr. reveals he and wife were expecting while filming ‘One Night in Miami…’

“Your heart belongs to the people who love you most, the people who need you in their life: your family and friends. When you neglect the health of your heart, you also impact their lives. We hope that this campaign, “Your Heart Isn’t Just Yours,” speaks to survivors and their families and encourages them to live a heart-healthy lifestyle,” says Lisa Perez, Senior Brand Director, Bayer Aspirin.

A heart attack occurs in the US every 40 seconds and according to studies; nearly 1 in 4 heart attacks happen to people who have already had them. Heart attack survivors can use the song as motivation as they work toward their heart health goals. Bayer® Aspirin wants to inspire people to talk to their doctors about their heart health.

The 120-year-old brand also wants to further educate heart attack survivors, and their families on the importance of sticking to your aspirin regimen, if one has been recommended by their doctor.