As the one-year anniversary of Naya Rivera‘s untimely death approaches, her ex-boyfriend Tahj Mowry is opening up about the impact that their relationship still has on him to this day.

In a new interview with Glamour, Mowry – little brother to actresses Tia and Tamera Mowry – reveals that nothing has ever stacked up to his first love with Rivera.

“She was definitely my first everything. I think subconsciously it’s why I never really date like that because no one really ever… I know someday someone might, but it’s hard to measure up to the type of girl and woman she was,” the 34-year-old confessed to the magazine.

He admits that he still finds it difficult to speak about her death but that he chooses his words carefully when he does talk about her out of respect for her family.

“Because to think about her mother and her ex-husband and her child and her sister and her brother…the height of what they went through is times a thousand,” he explained.

“I almost feel like I can’t even talk about my feelings because they don’t even measure up to the pain that they went through and are still going through. But, yes, much love to her entire family — her brother, her sister, her child, and her ex-husband as well.” 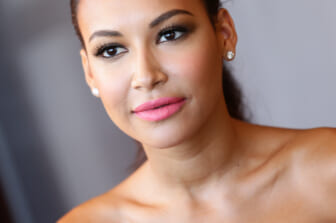 The love of a lifetime

Mowry first met Rivera when they were children, and she guest-starred on his ‘90s sitcom Smart Guy. They reportedly remained friends and didn’t become romantic until 2000.

Mowry – who is usually very private – first opened up about the four years they dated last July, following the news of her disappearance while spending the day on the lake with her son.

“My sweet Naya – to say that I am devastated would be an understatement. This is a nightmare. Every day gets harder. However, I am holding onto hope that you will be found,” he wrote in the touching tribute.

“We grew up together. We became adults together. We experienced so many firsts together,” he continued. “You were my first experience with everything; love, intimacy, heartbreak. We broke each others hearts and then mended them back together…more than once. I will never not think of you. No woman has ever measured up what you gave me or how you made me feel. I’ve never liked to admit it but I have never stopped loving you.” 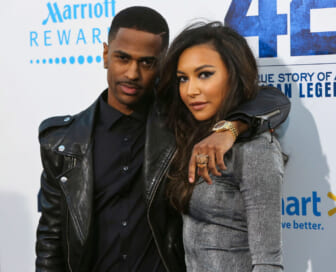 Also Read:
Big Sean says ‘IDFWU’ not about Naya Rivera: ‘She knew about it, and she liked it’

Last month, the actor spoke with ET‘s Deidre Behar about where he currently is in the grieving process.

“I’m good and she’s in a better place, and she’s chilling. You know what I mean? So that is where I can find the joy and the peace,” he told Behar.