Disconnect between voters and activists on voting reform threatens changes

While the battle to secure voting rights rages on, voters are more focused on quality of life issues

Brenda Martinez, a 19-year-old community college student, thinks the government should help immigrant students more. Donald Huffman is worried about turning 50 next week with no work available because the federal government is delaying the pipelines he usually helps build. Binod Neupane, who just moved to Texas to research alternative fuels, wants action on climate change.

The three Texas voters have little in common politically other than one thing — none considers voting and election reform, the issue that has dominated partisan debate this year, a top priority. 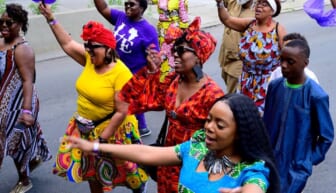 As politicians from Austin, Texas, to Washington, D.C., battle over the practical aspects of how to run elections — clashing over details such as polling booth hours and the number of ballot drop boxes per county — many voters are disconnected from the fight. A passionate base of voters and activists on both sides may be intensely dialed in on the issue, but a disengaged middle is baffled at the attention.

“Unemployment, climate change — this stuff should be on the top of the list, not the voting thing,” said Neupane, 34.

That disconnect is now the challenge before Democrats, who are trying to marshal public support for federal legislation that would thwart a series of new state laws tightening election procedures. With rallies, ads, White House events and a certain-to-fail vote in the Senate this coming week, Democrats are aiming to fire up their voters around the issue, hoping their passions hold through next year’s midterms.

Republicans face their own pressures. Donald Trump’s false claims of massive fraud in the 2020 election have so eroded some GOP voters’ confidence that they say they won’t vote again. Meanwhile, the party’s push for additional restrictions runs the risk of driving away moderate voters.

That debate is still roiling in Texas, where the Legislature is due to return to a special session to consider voting legislation. That comes after Texas Republicans, following the lead of Republican-controlled legislatures in more than a dozen states, tried to muscle through a sweeping elections bill that increased the power of partisan poll watchers, limited the power of local election officials and prevented voting on Sunday mornings when Black churchgoers traditionally flock to the polls. Democrats in the Texas House walked out in the final hours of the legislative session, depriving the GOP of the quorum needed to pass the bill.

Since then, advocacy groups have stepped up organizing and outreach. Former congressman and presidential candidate Beto O’Rourke has seized on the issue, holding rallies and knocking on doors to discuss voting, as he considers launching a campaign for governor. On Wednesday, Vice President Kamala Harris, the Biden administration’s point person on the voting debate, hosted the Texas Democrats at the White House.

“We have a great challenge before us and a fight, which is to fight for every American’s right — meaningful right — to vote,” Harris said as she was flanked by the Texas lawmakers.

But Harris’ message has yet to reach many back in the politically mixed suburbs north of Dallas, a potential battleground in next year’s midterm elections. The swath of comfortable, diversifying neighborhoods was once dominated by the GOP but is now politically divided.

As a heat wave this week brought fresh warnings of blackouts reminiscent of the electrical grid’s collapse during a February snowstorm, several voters were confused about why legislators are spending so much time on election issues.

“Making it difficult for people to vote, it’s just ridiculous,” said Marcin Mazurek, a 50-year-old construction worker who only started following politics during the Trump era because he was so outraged by the former president.

Of more than a dozen voters interviewed, only one brought up the issue unprompted: Nathan Nowasky, a retired certified public accountant, Texas native and lifelong Republican whom Trump drove out of the party. He cited the state voting bill as one of the reasons he and his wife were “thinking about moving elsewhere, because Texas is a political backwater.”

A self-professed news junkie, Nowasky was familiar with the conspiracy theories and false allegations about the 2020 election. He believes the Texas voting bill is fueled by those ideas and illustrates the political extremism that pushed him out of the GOP. “There’s conservative, and then there’s this,” Nowasky said.

The major political parties for years have fought furiously in the courts over the mechanics of elections. But rarely does the fight become a central part of the parties’ pitch to voters. That changed when the COVID-19 pandemic hit, many states liberalized their voting laws to make it safer to vote and Trump seized on the changes as a source of fraud, triggering new state laws often billed as making it “hard to cheat.”

“It’s more of a live issue than it has been probably since the civil rights movement,” Anna Greenberg, a Democratic pollster, said of voting rights. Still, she noted, voting remains relatively simple for most citizens. The voters most animated by the issue are those who believe the system is rigged against them or those who see a pattern of racial discrimination in new laws.

“There are lots of people keeping it on the agenda even if, for your average swing voter, it’s not their No. 1 issue,” Greenberg said.

Kevin Bivens is one of those voters who’s paying attention to the issue. He followed the debate in the legislature carefully and was frustrated that Republicans brushed off Democrats’ attempts for a compromise. He sees the push as the latest in a long line of racial injustice.

“As African Americans, it’s nothing new to us,” said Bivens, who said he is in his 50s and has lived in Texas for decades, acutely aware that he is both a political and racial minority. “We know we have no power over what’s going on but our votes, and if you take that away from us … ,” he said, trailing off.

In a December poll from The Associated Pres-NORC, only 7% of voters listed voting laws as a top issue, though it gained disproportionate interest from Republicans, 14% of whom cited it.

Martinez, who’s studying to teach English as a second language, is one of those people who hasn’t thought much about voting. She cast her first vote for Biden in November, and neither she nor anyone else in her family had any issues or concerns. “Everything was fine,” Martinez said. Martinez thinks it would be nice to vote by mail — something Texas makes difficult for most voters — but it’s not an issue that drives her.

Voting may be a side issue for many, but it could still play a role in helping Democrats solidify the coalition they assembled last year. Barbara Van Hollenbeck is a longtime Republican who voted for Biden last year — but still voted for Republicans for the legislature and Congress. She says she wanted a counterbalance to the Democratic president. Now, Van Hollenbeck says she’s most worried about climate change and the economy, but she’s also confused and concerned about what the GOP-led legislature is doing with voting.

“Instead of punishing them, help them find a way to vote,” she said of voters.

Andy Wojtovec came at the issue from the opposite end of the political spectrum. “The last election was like communism,” said the 66-year-old Polish immigrant, who owns an air conditioning company and has cheered the lawmakers’ voting changes. He claimed that Venezuela helped hack voting machines to hand the election to Biden — a common, discredited conspiracy theory in pro-Trump circles.

Huffman, the pipeline welder, also was suspicious about the election, “like everyone I know,” he said. A Trump supporter, he is convinced the only reason the former president didn’t win in a blowout was some kind of fraud.

But as he sat in a booth in a branch of the Texas fast food chain Whataburger, Huffman was despondent. Though he has real estate assets to help him, he hasn’t worked in months. He says he doesn’t know what he’ll do now that the Biden administration has put a moratorium on new energy projects on federal land.

And, in a worrying sign for the GOP, he not only had not heard of the party’s election push, but he also wasn’t convinced there was anything politicians could do to prevent massive fraud from happening again.

“I probably won’t ever vote again,” Huffman said. “It feels like a waste of time.”