‘In the Heights’ just one example of persistent colorism in Hollywood

Lin-Manuel Miranda apologized for lack or dark-skinned Latinos in his musical, but the issue is widespread

Every year, Hollywood inevitably comes under criticism for its lack of racial diversity. But another lesser-known yet still pervasive problem also resurfaces: the lack of diversity in skin tone. 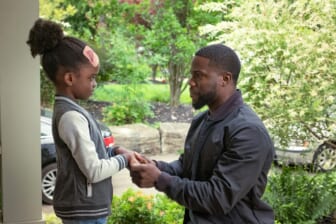 It happened again with In the Heights, a big-budget film based on the musical created by Lin-Manuel Miranda, which was called out this week for its dearth of dark-skinned, Black Latinos in leading roles.

Colorism — or discrimination against darker-skinned people within their same ethnic group — lurks deep among pretty much all communities with varying levels of melanin. But it doesn’t get talked about, and that could be a setback for the racial justice efforts that intensified after the police killing of George Floyd last year.

Avoiding the conversation will hinder the battle for racial justice because the two are “fully and inextricably linked,” said Ellis P. Monk, Jr., a sociology professor at Harvard University who has been researching colorism for years.

Monk says the issue is prevalent in all communities of color and has been taboo in part because it’s uncomfortable to talk about internal strife while also fighting against broader discrimination based on race and ethnicity.

“In a way, colorism and skin tone stratification is an even more difficult problem to fix because you could make the argument that everyone is involved in the system of colorism,” Monk said. “If we think about race and racial inequality without taking these skin tone differences seriously, then we’re actually missing how this system of racial inequality works.”

Miranda, best known as the creator of the Broadway musical Hamilton and a longtime champion of including Latinos in the arts, recognized his own short-sightedness in addressing colorism and issued an apology.

“I can hear the hurt and frustration, of feeling still unseen in the feedback,” Miranda wrote. “I hear that without sufficient dark-skinned Afro-Latino representation, the work feels extractive of the community we wanted so much to represent with pride and joy.”

The legendary Rita Moreno likewise turned introspective on colorism after she faced backlash in her defense of Miranda when she implied that Latinos should be grateful they’re being represented in any fashion. She has since apologized.

There is little data that tracks discrimination based on skin tone, and therefore it is hard to quantify just how pervasive colorism is. But the studies that do exist show that people with darker skin have higher incarceration rates, lower access to health care and education and live in poorer neighborhoods, several experts say.

Nayeli Chavez, a clinical psychologist and faculty at The Chicago School of Professional Psychology, has spent a decade looking into racial differences between ethnic groups.

“We have been socialized from childhood to look down on darker skin, on indigenous features,” Chavez said.

As a psychologist who has dedicated her career to helping people heal from racial trauma, Chavez sees how avoiding the topic of colorism is detrimental and says there is a false assumption in Latin America that because those places were colonized and its people are of mixed races, there is no racism.

The key to changing behavior is by teaching history accurately and admitting that those biases exist.

“Racial justice begins with our own community. It literally begins in our own families,” Chavez said. “This is an area that there’s so little about. We are barely like touching the tip of the iceberg.”

Nancy López, a professor of sociology at the University of New Mexico, said one way Latinos and other communities of color can begin to address colorism is by asking themselves a simple question: what is your “street race?”

Street race refers to the race someone assumes you are when you’re walking down the street and they know nothing else about you. Take former President Barack Obama, who is half-white. Someone who saw him in the street would likely see him as Black — his street race.

López, who also directs and co-founded the Institute for the Study of “Race” and Social Justice at UNM, said the concept of street race affects family dynamics, too. Two siblings from the same parents may have different skin tones and therefore different experiences in how they’re perceived and treated, López said.

“Reflecting on your street race is one way of practicing solidarity with those siblings, cousins, partners, relatives who may be racialized very differently than you, may be experiencing racializing in a very different way,” she said.

While some may find calling attention to colorism divisive, López says it’s the opposite. If communities don’t talk about it, they’re not in total solidarity, she said.