In a new lawsuit, Roc-A-Fella records alleges that Dash has no right to sell the copyright to the hip-hop classic as an NFT

Roc-A-Fella Records has hit Damon Dash with a lawsuit over his attempts to auction Jay-Z’s Reasonable Doubt album as an NFT (non-fungible token).

Dash claims the lawsuit is nothing more than a scare tactic to block his efforts to sell Jay-Z’s debut album to the highest bidder. Additionally, he tells TMZ that he’s not simply unloading Reasonable Doubt, he’s also attempting to sell his share of Roc-A-Fella.

Dash said his former friend offered to buy his one-third share of Roc-A-Fella at “a price I deemed unacceptable.”

So now Dash is now looking for a new buyer, according to the outlet.

“Under the terms of the deal with a potential buyer, the buyer would buy my share of Roc-a-Fella Records and Jay-Z will have exclusive administration rights,” Dash told the outlet.

The company wants the court to ban Dash from auctioning the acclaimed project as well as surrender any Reasonable Doubt NFTs he already created, Variety reports. The legal documents accuse Jay-Z’s former partner of “frantically scouting for another venue to make the sale.”

Roc-A-Fella was founded by Jay-Z (real name Shawn Carter), Dash, and Kareem “Biggs” Burke in 1995 and became a division of Def Jam in 1997. Dash previously accused Carter of doing him dirty when he sold his share of the company.

In a New York Post interview published Monday, Dash called the hip-hop icon a “bully” and a “liar.”

“They just said that I tried to sell an NFT of Reasonable Doubt and … it’s not true,” Dash said of the lawsuit to Page Six. “I’m not running around to different places trying to auction off Reasonable Doubt. I’ve been working with one platform and that’s SuperFarm. And the thing is, I own a third of Roc-A-Fella Records and I can sell my third if I feel like it.”

Per Rolling Stone, SuperFarm noted that the Reasonable Doubt album would be up for auction on June 23-25, but that auction has been cancelled.

“SuperFarm is proud to announce, in collaboration with Damon Dash, the auction of Damon’s ownership of the copyright to Jay-Z’s first album Reasonable Doubt,” SuperFarm stated initially, as reported by Rolling Stone.

“This marks a new milestone in the history of NFTs, entitling the new owner to future revenue generated by the unique asset… Selling the copyright to Jay-Z’s Reasonable Doubt as an NFT is a groundbreaking landmark — both for the crypto space and the broader music industry. The newly minted NFT will prove ownership of the album’s copyright, transferring the rights to all future revenue generated by the album from Damon Dash to the auction winner.”

Per Revolt, Jay-Z’s attorney Alex Spiro alleges in court documents that Dash was in the wrong to try and sell the asset in the first place.

“Dash had planned to sell at a SuperFarm Foundation online auction on Jun. 23… the copyright to JAY-Z’s album Reasonable Doubt, recognized as one of the greatest recordings in history…The sale of this irreplaceable asset must be stopped before it is too late, and Dash must be held accountable for his theft.” 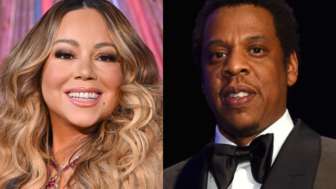 The lawsuit refutes Dash’s claim that he has the right to sell any part of the copyright for the recording as he does not own it outright.

Roc-A-Fella said, “The bottom line is simple: Dash can’t sell what he doesn’t own. By attempting such a sale, Dash has converted a corporate asset and has breached his fiduciary duties.”