Mimi is shutting down any rumors of drama. In a recent social media post, Mariah Carey shut down the reports of her alleged “falling out” with Jay-Z.

As theGrio previously reported, news surfaced over the weekend of an “explosive” argument between the Grammy award-winning singer and rap icon Jay-Z. In an alleged conversation over the future of Carey’s career, The Sun reported that Carey had officially quit Roc Nation, Jay-Z’s record management label (which Carey officially signed with in 2017.)

Monday morning, however, Carey took to social media to shut down any rumors in her signature Mariah way. 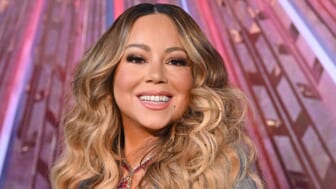 Carey took to both her official Twitter and Instagram accounts to address the feud rumors. Carey cheekily shared the music video from her chart-topping 1999 hit song, “Heartbreaker” which features Jay-Z himself. Sharing HOV’s signature verse in the clip, Carey seemed to directly call out the report from The Sun in her tweet, using the same verbiage used in the report. She wrote in the tweet and Instagram post, “The only ‘explosive’ situation I’d ever ‘get into’ with Hov is a creative tangent, such as our #1 song ‘Heartbreaker’!! To the people who make up these lies I say ‘Poof! —Vamoose, sonofa*****’!”

In report from The Sun (which Carey has declared not to be true), a source told the outlet, “Mariah and Jay had an explosive meeting which did not go well at all. She has made it clear she wants nothing more to do with him and has called it quits with Roc Nation.” The source added, “She will formally depart in the next few weeks. It is a shame because they had done some great work in the last few years. But this meeting couldn’t have gone much worse.” 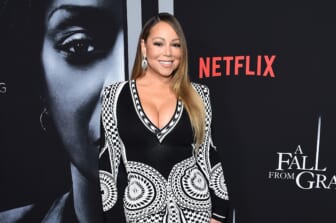 Carey’s tweet shutting down the rumors seem to resemble the report coming from Mirror UK. A source told the outlet over the weekend, “Mariah’s relationship with Roc Nation ended courteously and she & Jay-Z are on great terms. Mariah is currently represented at Range where her former Roc Nation manager is a Managing Partner.” Per the New York Post, the “We Belong Together” singer has no plans of stopping anytime soon. She reportedly has a “heavily R&B influenced album” and world tour announcement planned for 2021.