Cheadle and Washington are joined by George Clooney, Eva Longoria, and Mindy Kaling as official co-founders of 'The Roybal School of Film and Television Production'

According to a recent announcement, Don Cheadle, Kerry Washington, and more are set to fund a special film school in LA for underserved communities.

While stars like Cheadle, Washington, and George Clooney may have “made it” in some eyes, they each are truly paving the way for those coming up behind them, leaving lasting impressions and impact not only through their film work but special initiatives as well.

Cheadle, Clooney, and Washington alongside Eva Longoria, Mindy Kaling, and more, are co-founding The Roybal School of Film and Television Production. 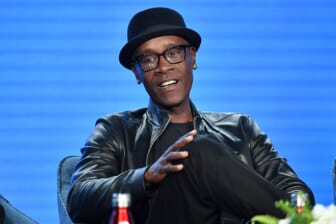 Per the official press release obtained by The Wrap on Monday, “The inaugural program, to be overseen by Principal Blanca Cruz, will feature specifically designed curriculum developed to meet the standards prescribed by the state of California and the University of California system. In addition, students will receive real-world experience through a dedicated internship initiative.

“The Roybal School of Film and Television Production will start with ninth- and 10th-grade students and include Grades 11 and 12 over the next two years, with potential opportunity to expand the pilot program to more schools throughout the Los Angeles area.”

Per Variety, Clooney shared a statement along with the announcement of the exciting new school. He explains, “Our aim is to better reflect the diversity of our country. That means starting early. It means creating high school programs that teach young people about cameras, and editing and visual effects and sound and all the career opportunities that this industry has to offer.”

He continues, “It means internships that lead to well-paying careers. It means understanding that we’re all in this together.”

All of the founders will reportedly serve on the Roybal School of Film and Television Production Advisory Board, alongside Los Angeles Unified Superintendent Austin Beutner.

Beutner also shared a statement in regards to the school, stating, “This effort will help open the doors of opportunity for a diverse group of students from underserved communities. This groundbreaking program will help prepare students for good-paying jobs in the film and television industry by integrating practical industry experience and internships for students into the curriculum. “

He continues, “Physics is involved in the choice of a lens by a cinematographer, math is part of the foundation for a musical score in a film, critical thinking skills are needed to design a set, screenwriters needs a foundation in literacy, and a make-up artist needs to know the chemistry of the different materials they might use – all of this will be tied into the curriculum at the school. We are excited to have the support of these extraordinary industry leaders to create opportunity for children in the Los Angeles area.”