Rachel Lindsay continues to air her grievances about her experience with the Bachelor franchise.

In a new op-ed for New York Magazine published Monday, Lindsay details being “exhausted from defending myself against a toxic fandom” surrounding the show, which fueled her decision to depart the Bachelor Happy Hour podcast last month, as reported by PEOPLE.

“The franchise has spent 19 years cultivating a toxic audience. They have constantly given it a product it wants: a midwestern/southern white, blonde, light-eyed Christian. Not all viewers are like that,” she wrote in the piece. “My Higher Learning co-host and I have divided it – there is a Bachelor Nation, and there is a Bachelor Klan.” 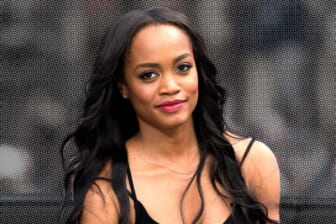 Lindsay, the first Black Bachelorette in the franchise, initially turned down the offer to appear on the show. But she had a change of heart after speaking to someone in her hometown of Dallas, Texas, about the importance of representation.

“I started wondering if I was looking at it the wrong way,” Lindsay continued. “Yes, it’s a silly reality show. But how many people haven’t seen a positive representation of a Black woman, someone who has the chance to be adored by men of all races, backgrounds, professions?”

“I thought maybe the moment was bigger than me,” she noted.

Lindsay previously opened up on The View about the frustrating moment when Chris Harrison, former host of The Bachelorette, labeled her as “angry.”

“In my season finale of The Bachelorette when I was sitting on stage with my runner up, my runner up told me that I was going to live a mediocre life if I didn’t choose him and my response to him was, ‘Actually I’m living my best life,’” Lindsay said of her tense conversation with Peter Kraus, according to E!

“When I came back from commercial break, the host [Chris Harrison] said to me, ‘Rachel, you seem angry.’ I looked and I said, ‘That’s a strong word.’ And he said, ‘Well, you seem upset.’ I hadn’t raised my voice, I hadn’t yelled, I hadn’t said any type of curse word.”

“From that moment on, four years ago, I’ve been labeled an ‘angry Black female’ in Bachelor Nation. It still carries and follows me around to this day,” said Lindsay. 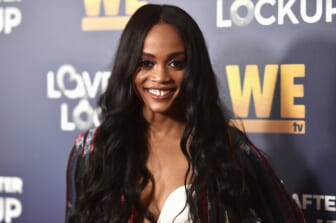 In her new op-ed, Lindsay recalls a conversation with producers after a heated confrontation with fellow contestant Vanessa Grimaldi. Lindsay told them, “You do not understand what it is to be a Black woman in this house full of white folks and for a white woman to cry in your face and call you a bully.”

“There were moments like that when they protected me,” she said of the producers. “Another time, I’d had two mixed drinks, and I was out-of-my-mind wasted. Astrid [Loch] was holding my hair back in the bathroom. (I drunkenly told her, ‘You are my only real friend.’) They could have brought cameras in there. They didn’t.”

“I sat in the ceremony that day as Nick gave out roses, my head resting on Astrid’s shoulder,” Lindsay added. “My hair was disheveled. I wasn’t always like that, but all it takes is one mess-up. They could have taken those clips and depicted me as a wild Jezebel. They didn’t because I would never come out on top.”

She also admits that a Bachelorette Hometown date with Peter Kraus left her feeling exploited, as the moment saw her meet with some of his friends, two Black men and two white women.

“They separated us – Peter got to talk to his homeboys, and I was with the women, who talked about having ‘mixed babies’ and what it was like to be an interracial couple. I couldn’t believe it,” Lindsay said. “I’m Black. I have interracial couples in my family. I’m old enough to understand what I’m entering into and the difficulties that come with it. I felt exploited.”

“If anything, that situation turned me off of Peter because I couldn’t see myself hanging out with them,” she added. “They were nice, but it was so contrived. The producers really thought, How great! All these mixed couples can come together. They were only looking at the optics of the situation.” 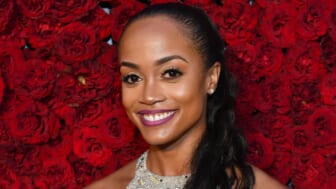 After her op-ed was published, Lindsay slammed New York Magazine for the salacious headline they chose to accompany her essay. The headline reads: “Oops, I Blew Up The Bachelor.”

Lindsay hit up Instagram and made clear that the headline was “not my words nor are they a reflection of how I feel,” she wrote.

“It is very disappointing and disrespectful that the very notion I was trying to refute was used against me by the publication for a clickbait headline,” she added. “My truth and my thoughts are told on the inside of the magazine which I am very proud of and hope you all read.”