Ziwe is here to stay. The viral comedian sensation is staying with Showtime, as her acclaimed variety sketch show has been renewed for a second season.

Ziwe has been one of the biggest debuts of the year for the cable network. 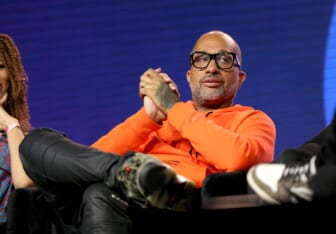 Also Read:
Kenya Barris reveals ‘#blackAF’ will not return for season 2, will pivot to vacation films

Featuring guest appearances from everyone from Stacey Abrams to Fran Lebowitz, the host took the signature interview style from her viral Instagram Live show Baited and brought it to premium cable.

As theGrio previously reported, her interview with Andrew Yang made major headlines when he could only name one Jay-Z song despite claiming him as his favorite rapper. Now, her hard work has paid off.

Per the official announcement at Deadline, not only is the sketch series returning but double the episodes have been ordered for its second season. Deadline reports, “The premium cable network has ordered 12 episodes of the late-night variety show, with the season set to be split into two installments.”

The show had its first season finale on June 13 after its six-episode run.

Ziwe released an official statement expressing her excitement for the future of the acclaimed series.

She shared, “This show has exceeded my wildest imagination thanks to my brilliant cast, crew, and iconic guests. I am famously delighted to continue my collaboration with Showtime and A24.”

The host also shared the renewal announcement to her official Instagram with the caption, “we did it, Joe!!!” referencing vice president Kamala Harris‘ meme from when she called President Joe Biden after winning the presidential election.

Born Ziwerekoru Fumudoh in Massachusetts, the Nigerian-American writer and comedian was striving for her break in New York for years before landing her current series. She sat down with ELLE this spring, opening up about the show and her journey so far.

She shared at the time, “The show is a combination of all of the things that I’ve been doing up until this point. I’m a live performer; I’ve been performing in New York for the last five, six, seven years.”

She continued, “I’ve been doing music, and I was also doing interviews on YouTube as well as the Instagram Live and in live shows. So there’s live-to-tape interviews versus studio interviews—which was the YouTube series—as well as the music videos and the sketches, which, I’ve been performing sketch forever. I did improv at Upright Citizens Brigade and iO Improv. So really, this is just a combination of all the skills I’ve been refining over the last decade.”

Known for asking white people often uncomfortable questions about race, she also shared some of the inspirations for her interview style, including an interview with then-popular talk show host Dick Cavett and James Baldwin from 1969.

She explained, “there’s an interview with Dick Cavett and James Baldwin that I found to be really compelling because it’s just a late-night interview with this host and he’s interviewing James Baldwin, who happens to be one of the most prolific and thoughtful American writers in American history.

It reinvents the idea of a late-night interview because what could be seemingly really boring, just someone promoting a book, is actually this thoughtful conversation that’s pertinent today, that’s discussing race.”