A grand jury in Texas has declined to indict eight jailers over the in-custody death of a Black man who died after struggling with detention officers.

But the Collin County grand jury also issued a rare statement Tuesday calling for the creation of a work group to study the March death of Marvin Scott III to prevent something similar from happening again.

“We sincerely hope that the loss of Marvin Scott III will not be in vain,” the statement said. “We are therefore recommending that a work group be convened as soon as practicable to study the events of March 14th for lessons learned in an effort to avoid any similar future tragedy.”

The grand jury found no probable cause to charge the eight jailers with a crime in connection with Scott’s death, which was ruled a homicide in April. A medical examiner found that Scott died of “fatal acute stress response” while struggling with officers who were trying to detain him.

The medical examiner said Scott was previously diagnosed with schizophrenia and his family has said Scott was likely in a mental health crisis at the time. 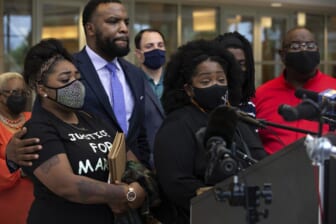 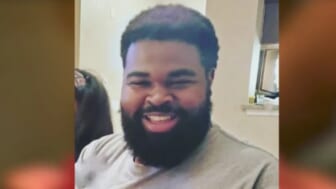 Scott was arrested March 14 at an outlet mall in Allen on a charge of possessing less than two ounces of marijuana, authorities have said. Allen officers took Scott to a hospital because he was reportedly acting erratically. He was released and police took him to the county jail, where he was placed on a restraint bed, authorities have said.

Deputies used pepper spray and covered Scott’s face with a spit mask, which authorities have said fit over his head. Scott became unresponsive at some point and later was pronounced dead at a hospital.

Lee Merritt, an attorney representing Scott’s family, said on Twitter that there was sufficient evidence for an indictment and that the family is hopeful a federal grand jury will review the case.

“The failure of prosecutors to secure indictments in this matter reflects a trend in Texas of undervaluing the lives of African Americans suffering mental health crisis,” he wrote.

After Scott’s death, seven jailers were fired and one resigned. Zach Horn, an attorney representing several of the jailers, said in a statement that he will begin the reinstatement process for the detention officers who wish to return to their jobs.