“I’m going to go back to skid row and see where I can be of use,” Richard Hutchins said

A California man is sharing his journey about going from experiencing homelessness to hosting a successful art gallery show in Beverly Hills.

According to TMZ, Richard Hutchins spent years living on Los Angeles streets after his art studio burned down. Hutchins recently sat down with TMZ Live to speak about his experiences of overcoming challenging times.

During the interview, they shared how Hutchins randomly ran into 2 Chainz‘s ex-manager Charlie Rocket on Easter Sunday in a grocery store parking lot. Rocket described the set of events from his perspective.

“I went into Target, and I’ve never seen Target closed before, Walmart, Target, they’re just always open,” Rocket told TMZ Live. “So I was like, you know what, let’s go over to Ralphs, we pull up to Ralphs, and this guy is sitting on a shopping cart with amazing energy. [Richard] said, ‘Nephew, I like your car let me drive it.’”

Hutchins and Rocket sat side by side to share the journey as they chuckled.

“I was like, ‘I like this guy,’” Rocket said. “How I look at it is, God closed down Target just so I could meet Richard and we fell in love with him ever since.”

Rocket shared how much Hutchins’ story inspired him.

“He started telling us his story about how he used to be a world-famous artist, like he would win art shows and he painted for Muhammad Ali and you know Richard Pryor and all these different people have his art,” Rocket shared on TMZ Live. “He just started showing us his art and that’s what inspired us to make Richard’s dream come true because his dream was simple, ‘I just want people to be inspired by my work.’” 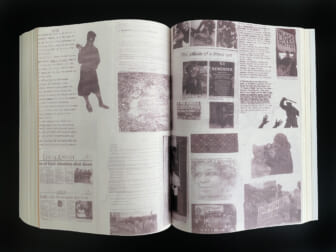 When the cohosts asked Hutchins about his plans going forward, he responded by saying he wants to help the community.

“Guys I’ve hooked up with Charlie and I’m going to help do something about skid row, that’s the first thing I’m going to do,” Hutchins said during the interview.

He wants to go back and do what he can to make a positive difference.

According to TMZ, around 500 people attended Hutchins’ gallery and auction event in June, including Damon Dash.

Hutchins story went full circle with 2 Chainz becoming one of his first customers and Steve Harvey also purchasing a painting for $3,000, TMZ reports.

His journey is inspiring folks across the country and people have already sent him movie scripts to turn this story into a film, according to the interview.

“I got a movie script in last night in email,” he shared with TMZ cohosts. The script would have him play a gallery owner with his personal work inside an Atlanta gallery. 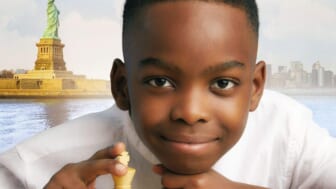 Hutchins now has a website featuring his work titled “Richard Hutchins Studio: From Homeless to the featured artist at Los Angeles’s biggest art show in years.”

“Every purchase you make, goes to helping get Richard off the streets and into a home,” the website reads.