Sophia Dawson’s book is the culmination of a 10-year project where she depicted political prisoners, including members of the Exonerated Five, Black Panther Party and MOVE 9

“People are so trained to think that if you are arrested, you must have done something.”

Janine Phillips Africa spent over 40 years in prison for a crime she says she did not commit: the 1978 death of Philadelphia police officer James Ramp. She was released in 2019 and is just one of the political prisoners featured in Brooklyn-based artist Sophia Dawson’s new book, Correspondence.

“This is not just about art,” Dawson said over a Zoom call. She speaks with a sense of humility and grace, choosing each word with careful thought and precision. The book is the culmination of Dawson’s 10-year project, “To Be Free,” where she depicted various Black political prisoners, including members of the Exonerated Five, the Black Panther Party, and the MOVE 9.

“People don’t know their names and that’s why the book is important,” Dawson said. “They want to be kept alive on the outside, they want to be remembered.” 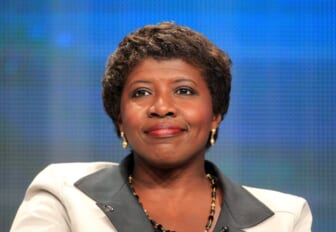 Africa said Dawson first contacted her by letter to share her respect for the work Africa had done. Africa is part of a Black liberation group called MOVE that followed the teachings of John Africa in the 1970s and ’80s, blending environmental activism with revolutionary work similar to the Black Panthers—communal hippies but with fists in the air.

Janine Africa was among nine members of the group arrested after a siege on the MOVE compound resulted in Ramp being shot and killed with a single bullet. Despite accounts from eyewitnesses that Ramp may have been killed by police fire, five men and four women—known as the MOVE 9—were each sentenced to 30 years to life in prison.

Janine Africa said the book chronicling the stories of her and other political prisoners is something the world needs to see.

“We had to persevere through a lot of things, but look at the end of the road,”  she said. “People are going to hear the truth.”

Dawson said she was first inspired to correspond with those in the carceral system while taking an African American studies class in college 10 years ago. According to Dawson, once a month the class would sign birthday cards for incarcerated freedom fighters. From there, she started to write more letters of her own outside of class.

“I was in a classroom full of people that day. I’m the only one who, 11 years later, is still talking about it,” she explained.

For years, Dawson would send encouraging letters, copies of her artwork, birthday cards, Christmas cards, parole letters and more to incarcerated individuals, including members of the Black Panther Party and the Exonerated Five. Eventually, in 2014, she got the idea to paint photos of the various political prisoners she’d become pen pals with.

Four years later, she began to compile them for Correspondence. Dawson shared that the project seeks to preserve our elders who are left behind or forgotten, either during incarceration or after they are released. According to Dawson, many political prisoners who are freed end up without support as they try transition back into civilian life.

“The community that supports them financially is tapped out,” the author explained. “They don’t have resources for a 75-year-old elder who is, on paper, a felon and being denied everything a felon is denied in this country.”

Years after Janine Africa’s incarceration, Philadelphia police dropped a bomb on the MOVE house, killing six MOVE members, including John Africa, and five of their children, as well as destroying 65 homes in the neighborhood. Janine Africa said that was worried that it would be impossible to connect with her family once she was released.

And yet—“It felt like we had never left.” Upon their release, Janine Africa and her Move 9 sister, Janet Africa, got right back to work. 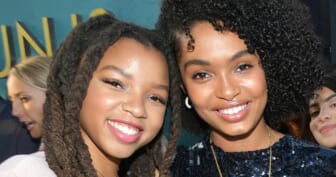 “We have been busy from the moment we got home,” she explained.  “Speaking engagements, interviews, teaching—you name it!”

The sisters have connected with their supporters who fought for their release for decades and with fellow freedom fighters still incarcerated. Janine Africa shared they are currently fighting for the release of Mumia Abu Jamal, a political activist and journalist who was convicted of murder and sentenced to death in 1982 for the 1981 murder of Philadelphia police officer Daniel Faulkner.

“We’re putting everything on the line for him. We refuse to accept that he’s never coming home,” she said.

Janine Africa believes that books like Correspondence are small proof that our world has improved even a tiny bit since she went behind bars that dark day in 1978. Award-winning films like The United States Vs. Billie Holiday and Judas and the Black Messiah are teaching new audiences and younger generations about government corruption and white supremacy.

“It was kind of hard for people to believe that the police and officials were really doing this thing to us,” she said. “Despite how it may look, Move is victorious.”

Correspondence is available for purchase here.