Television producer Carlos King said he didn’t watch much of the most recent season of The Real Housewives of Atlanta because it “wasn’t interesting to me.” He told The Jasmine Brand producing the hit reality show is challenging, claiming he told the cast they were “getting too comfortable” during his final season.

“I said, ‘You women have a privilege to be the number one show on Bravo, especially as Black women,” he added in a clip posted on Tuesday, contending he told its participants “this show is only going to be as good as the effort you put into it.”

“So, when I watched this past season,” said King, “I wasn’t surprised because I saw the writing on the wall.”

In the recent Jasmine Brand interview, King maintained “it’s hard for reality stars to constantly give themselves.”

King left the hit reality show at the end of Season Nine, which many fans say is one of its best. At the time, back in 2017, there was a widespread rumor that he was fired; King said that was not the case. 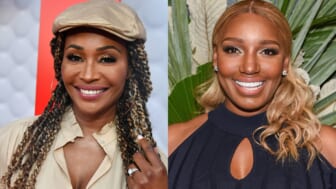 He told The Jasmine Brand at the time: “I will always support the show. I love those girls. I keep in touch with all of them … I think whatever the audience thinks is a great season is up to them.  I’m a Black man who was able to be the first Black man to executive produce that show.”

A pioneering reality TV producer, King has worked on Hollywood Divas, Love and Marriage: Huntsville and My Super Sweet 16, in addition to RHOA.

“To be able to have the success with that show that I had, I will always be grateful to Bravo and that audience,” said King years ago. “I watch every Sunday. I still support the show. I’m still entertained by it … I think it’s rude to say my opinion – rather good or bad – because I’m not producing it. And my friends produce that show who I love. And I know how hard it is to produce that show.”