The Weeknd to co-write, star in cult HBO series with ‘Euphoria’ creator

"The Idol" will reportedly follow "a female pop singer who starts a romance with an enigmatic L.A. club owner who is the leader of a secret cult."

HBO is officially getting The Weeknd treatment. According to a recent announcement, the R&B hit-maker will star and write in an HBO series with Euphoria creator Sam Levinson.

The Weeknd is spreading his wings after topping the music charts in 2020 with his latest album, After Hours. Per Deadline, not only will the musician, born Abel Tesfaye, star in the HBO upcoming series, he will also write and executive produce for it. The series is currently titled The Idol and is in development. 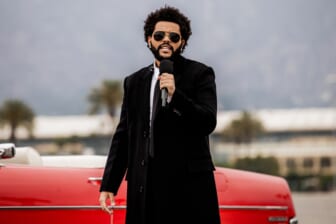 Per Deadline, The Idol is co-created by Levinson, Tesfaye and Reza Fahim, who is “a former nightlife entrepreneur-turned-writer who is also The Weeknd’s producing partner.” The series reportedly follows, “a female pop singer who starts a romance with an enigmatic L.A. club owner who is the leader of a secret cult.”

As TheGrio previously reported, The Weeknd had a major year with his album After Hours. Although he dominated the music charts and earned critical acclaim, the singer was excluded from the 2021 Grammys, which The Weeknd called out in a statement. In November 2020, when the nominations came out, he tweeted, “The Grammys remain corrupt. You owe me, my fans and the industry transparency…”

The singer did, however, sweep the Billboard Music Awards in May, when he took home Top Male Artist, Top R&B Album, and more.

Euphoria has been a hit for HBO, with its main star Zendaya taking home an Emmy award for Best Actress in a Drama Series for her portrayal of Rue.

After being postponed due to the COVID-19 pandemic, Euphoria resumed filming for its second season in the spring of 2021. Zendaya recently took to Instagram to share photos from the set, writing that “she missed it.”