Fatima Johnson was found dead, wrapped in a blanket, with her hands tied behind her back and her mouth gagged.

A well-known mother of six was found slain in her in South Los Angeles home, and police are looking for the attacker.

Fatima Johnson was reported missing after she failed to show up at the nursing home where she worked Sunday morning. Alarmed, her daughters came to her apartment in Manchester Square, where they found Johnson dead, wrapped in a blanket, with her hands tied behind her back and her mouth gagged.

The 53-year-old was reportedly well-known and beloved in her neighborhood, where friends and family described her as kind and generous. A well-attended vigil took place Monday night outside her apartment building, where dozens of people placed flowers, lit candles and offered words of tribute and hugs to grieving kin. 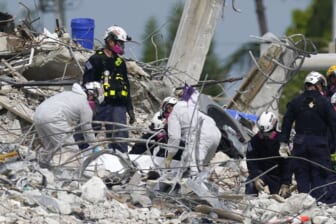 “What happened to my mother is something that no child should ever see of their parent,” Johnson’s daughter, Tyesa Harvey, said. “I’m hurt, I’m angry, and I’m questioning God right now.”

Los Angeles Police have not publicly identified a suspect, but Johnson’s family believes it may be her boyfriend, who was recently released from prison, where he served time for murder. Neighbors said they saw a man running away from the crime scene.

According to a local report, Johnson’s car, a silver Lexus, her jewelry, and cellphone were also taken. LAPD officials said they are following all leads. 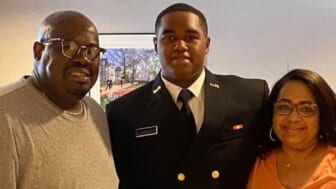 Also Read:
Mother killed by stray bullet during visit to drop son off at Naval Academy

Los Angeles is reportedly experiencing a spike in homicides in 2021. LAPD Chief Michel Moore told ABC7 earlier this year he was still “hopeful” about addressing violent crime in the city.

“I’m hopeful with the efforts of adding resources to our gang interventionists,” he said, “and beginning to see some of our social institutions open back up that we’re going to be able to use much of the model that we’ve seen in the past work.”

The city is working with the mayor’s office to add nearly 40 community intervention workers to help reduce violence.