"It was a bad batch of ecstasy," The 'Red Table Talk' star said in a recent interview.

Jada Pinkett Smith claims she was so high while filming The Nutty Professor that she passed out on set and the moment was a wake-up call. 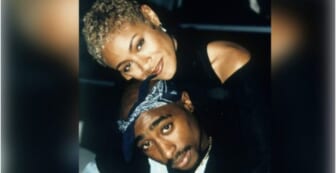 “I had one incident on Nutty Professor. I passed out. Makeup trailer,” Pinkett Smith told her mom Adrienne Banfield-Norris and daughter Willow Smith on the latest episode of their Facebook Watch series, Red Table Talk.

“I went to work high and it was a bad batch of ecstasy. And I passed out and I told everybody that I must have had old medication in a vitamin bottle,” she added.

“I tell you what I did though,” she said during Wednesday’s episode, “got my a– together and got on that set. That was the last time.”

The Baltimore native said she is “a walking miracle” after getting her addiction issues under control. She admitted to consuming shameful amounts of “brown liquor” and “vodka” during high school.

“I could drink almost anybody under the table,” the Girls Trip star said. “When I moved to red wine like, ‘This is better for me because they say red wine is good for you. But drinking red wine for me was like drinking glasses of water… because I’m used to that hard hit.

“I was drinking hard in high school, too,” she shared, noting that when she moved to Los Angeles, “I was doing cocktails. So, ecstasy, alcohol, weed. Let me tell you, I was having myself a little ball.”

Pinkett says at the time she just thought of it as normal.

“I wasn’t doing things that I thought were addictive,” she continued. “But I would do those three together, that was my cocktail. Your threshold becomes so high, that what it takes for you to get to the place you need to get to, it’ll take me two bottles to get to … OK, if I do ecstasy, weed and alcohol at the same time I’m gonna get there faster and I can keep the high going.”

The Hollywood veteran has previously spoken publicly about the addiction issues that run in her family. Her mother has also shared her struggle with heroin addiction.

“I wasn’t the type of person who was drinking every day, I was like a weekend party girl. Thursday to Monday morning, I would go,” Pinkett Smith said. The actress recognized she had a problem the day she went for “that third bottle of wine.”

“I said, ‘You’ve got a problem,’ and it was cold turkey that day,” she recalled. “That day I just stopped.”

Her daughter Willow, 20, said her only vice is smoking weed, but she makes a point to stop smoking two months out of the year, which she’s been doing for four years straight. 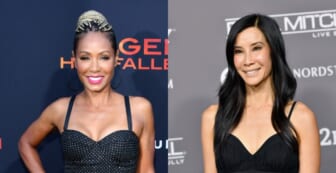 Pinkett Smith said the day WIllow stops smoking cannabis for good, “will be a very happy day for me,” and added, “I’m grateful that that’s all you’re dealing with because when I was your age, I was doing it all.”