Teens involved in death of Uber driver get maximum sentence

They have been sentenced to juvenile detention until the age of 21.

The two teen girls involved in the fatal carjacking of a Uber driver have been sentenced to juvenile detention until the age of 21.

theGrio previously reported that the teenagers were charged in March after Uber Eats driver Mohammad Anwar, an immigrant who lived in Springfield, Virginia, was killed during a hijacking in Washington, D.C. The girls carjacked the victim with a weapon and crashed the car. Part of the incident was caught on video.

Last month, she too received the maximum sentence to the Department of Youth Rehabilitation Services. 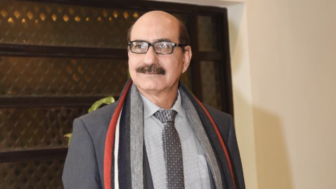 “I never meant to do it,” the 14-year-old said in court on Tuesday, adding, “I will change,” The Washington Post reported.

Anwar was working in the city’s southeastern quadrant when the girls approached him and brandished a stun gun. A witness of the carjacking captured the incident on his camera phone, and the footage was released by TMZ.

In the video, the 66-year-old man can be seen leaning out of the open front door of the car, crying out, “This is my car!” One teen can be seen in the front passenger’s seat, motioning toward another person behind the wheel. The two can be heard yelling commands at one another when the engine starts and revs up.

Moments later, the car speeds off down the street with Anwar hanging out and the door slams into a light pole. The camera follows the car as it turns the corner and out of sight, followed by the sound of screeching brakes and a loud crash. The video then shows the gray sedan turned over on its side and the girls climb out from the window.

Anwar received life-threatening injuries from the crash and later died at the hospital. 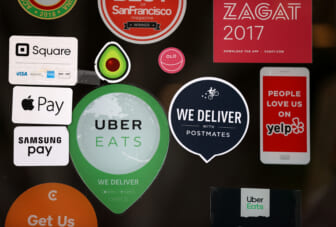 “I cannot move past that sidewalk on N Street on March 23rd, where he lay broken, while one of you was only concerned about your phone,” she said, Washington’s Top News reported. “You broke most of the bones in his body. No amount of years you spend in any facility can ever make you go through even one percent of that pain.”

She added, “I can never, and will never, forgive you for the pain you caused him.”

A GoFundMe page was created to help Anwar’s family and it raised more than $1 million before the campaign stopped accepting donations. The page describes him as “a hard-working Pakistani immigrant who came to the United States to create a better life for him and his family.”