Her character may be in the midst of a divorce on the Starz hit Run the World, but Bresha Webb‘s real-life romantic life is on the upswing.

Over the July 4th holiday weekend, the comedic actress, known for roles in The Last OG, Meet the Blacks and Merry Liddle Christmas, got engaged to TV writer Nick Jones, Jr. after a whirlwind romance that started during quarantine on Facetime.

“We were both searching for the same thing,” Webb told Essence writer Charli Penn. “Real love and genuine connection. We had the same morals and beliefs and understood each other’s needs for one another. I’m still learning and growing. Love happened very quickly. By the time I came out of Canadian quarantine, I was in a whole relationship. I was floating. We dated on FaceTime the entire time I was in Canada and when we finally met in person it was OVA! We were together-together!”

The couple was set up by The Real co-host Loni Love, and both Meagan Good and Kelly Rowland had roles in the developing romance. Loni and Jones met while developing a TV show together and when he expressed his desire to find someone special, Love said she thought of Webb immediately. 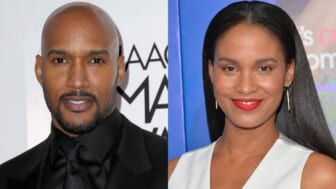 “I asked Nick about Bresha and he was smitten,” Love told Essence. “The one question I asked Nick [first] was: Are you serious? Meaning what was he looking for in a relationship. He told me he wanted to marry, so when I hit up Bresha I didn’t say all that I just asked her if she would want to meet him and to check out his IG (I told Nick to add a few more pics of himself looking finnnnee). The rest is their love story!”

It was Good who told Webb during a podcast interview that she should be intentional about her search for a mate. The actress, who is married to Hollywood executive Devon Franklin, told Webb that when she was searching, she made sure to “journal, pray, and focus on my own healing and manifest the husband I wanted, because ‘if God don’t do it, it won’t get done!’’’

Webb did just that and was rewarded with a fiancé, who asked for her hand in marriage at Wally’s Restaurant in Beverly Hills with Love there to witness it. Rowland, Webb’s close friend, assisted by helping Jones find the ring with the help of Webb’s own Pinterest board, which her bestie, Whitney, secretly sent to Rowland.

Webb’s father helped the couple begin their romance by telling her to respond to Jones’ initial Instagram message after Love told her to expect one. Jones has a daughter and Webb didn’t think she wanted to take on a man who had a kid.

Her father set her straight. 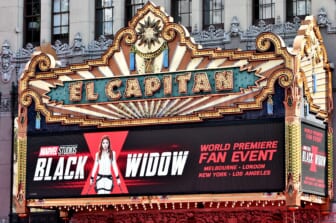 Also Read:
5 things to watch this weekend no matter your mood

“Loni told me he had sent me a message, and if I was available, I should say hello,” Webb recounted. “She sung his praises and directed me to his page. I stalked his IG and thought he was cute and looked familiar but he had a daughter and I just knew that wasn’t what God wanted for me. I spoke to my Dad and he was like ‘go say hi to that man. Every man in their 30s got a kid! You missed that boat. Don’t block yo blessing.”

Jones organized the engagement so that all of Webb’s close friends could be there, including Rowland, American Soul actor Sinqua Walls, First Wives Club star Essence Atkins and more.

“I love our chemistry,” Jones said. “It’s so easy to just be in her space and love on her. We really are best friends. We confide in one another. We support one another, fully. I got her back no matter what.”