Amid the fanfare, celebrity softball games and other events surrounding Major League Baseball’s All-Star Game, a group rallied Sunday to call attention to what brought the Summer Classic to Denver in the first place: voting rights.

The group gathered at Metropolitan State University of Denver to demand that Congress enact legislation to expand voter access at a time when several states — including Georgia, the original host of the 2021 game — have passed laws making it harder to vote. The laws were inspired by former President Donald Trump’s false claims that fraud robbed him of the 2020 election.

“The fact of the matter is, Democrats, independents and Republicans all support the ‘For The People Act’ by broad majorities, and the reason is there’s nothing particularly controversial in there,” said U.S. Rep. John Sarbanes, who sponsored the voting bill and spoke to the crowd of about 250 remotely. “It’s all stuff that you’ve been asking for for years.” 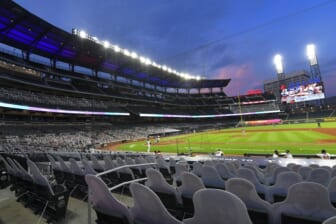 The Maryland Democrat said the bill, which passed the House in March, includes provisions that would address partisan gerrymandering and make voter registration more convenient.

Major League Baseball pulled Tuesday’s game and baseball’s amateur draft from Atlanta in April after Georgia Republicans enacted a restrictive voting law. Baseball executives then selected Denver, which had been seeking the game in future years and had a plan to prepare for it.

In deciding to move the game from Georgia to Colorado, Major League Baseball settled on a state with a mail-in elections system fashioned by both major political parties that has been recognized as one of the most inclusive and secure in the U.S.

Voting machines are not connected to the internet, and the state uses paper ballots, which cannot be hacked. Colorado performs post-election risk-limiting audits that show to a statistical level of certainty that election results are correct. Its Democrat-controlled Legislature passed bills this year to expand voting access, including increasing the number of ballot drop boxes. Voter registration is automatic when obtaining or renewing a driver’s license. 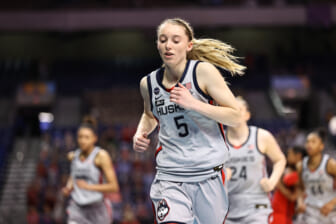 In June, Colorado Secretary of State Jena Griswold issued orders further restricting third parties from accessing voting machines — a response to what she called “sham audits.” She pointed to a 2020 election audit conducted by a firm that was selected by Arizona Republicans.

“We will not risk the state’s election security nor perpetrate the Big Lie,” the Democrat said in announcing the order.

Sunday’s rally was organized by progressive groups such as Common Cause Colorado, along with labor, environmental and community organizations.