Oklahoma Board of Education approves banning certain theories about race

"With this legislation, with these rules, we're robbing students of the opportunity to have a high-quality education, to think critically," said Carlisha Bradley, the only Black member of the state's Board of Education.

The Oklahoma Board of Education has outlined new guidelines limiting teachings on race and gender in K-12 classrooms. 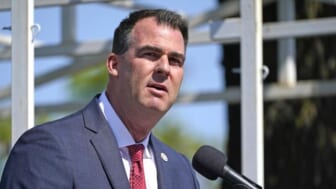 As reported by The Associated Press, the board approved emergency rules to comply with a bill (House Bill 1775) approved by the Republican-led legislature that seeks to ban the teaching of critical race theory.

Under the new law, public school teachers in Oklahoma could have their licenses suspended for defying the rules. Schools could also have their accreditation docked for implementing a curriculum that explores the various concepts about race, sexism, and oppression under the system of white supremacy.

In a 5-1 vote on Monday, the board voted to approve the emergency rules, according to the report. The only Black member on the board, Carlisha Bradley, voted against the new law.

“With this legislation, with these rules, we’re robbing students of the opportunity to have a high-quality education, to think critically about the world around us, and to build a more just society,” Bradley said.

Board member Estela Hernandez voted in favor of the emergency rules, urging educators to “just teach history the way that it is outlined” according to the Oklahoma Academic Standards.

“Just stick to those standards,” she said. “Those standards are teaching the dark areas of American history, and it should be taught, and it will make us uncomfortable.”

“We wanted to have a way for the parents to bring this to the attention (of a school board), but we also don’t want a parent who has it in for a specific teacher to be able to railroad that teacher because our teachers have done a fantastic job and we wanted to have some protections in there for them as well,” he said.

Per The Oklahoman, HB 1775 prohibits educators from teaching the following:

State schools Superintendent Joy Hofmeister noted that these newly adopted rules are temporary until the board passes and Gov. Kevin Stitt approves the law.

In a briefing on Friday, White House press secretary Jen Psaki acknowledged that the U.S. is still plagued by “systemic racism” and it is “responsible” to teach about it in schools as part of critical race theory.

As previously reported by theGrio, Psaki was asked what President Joe Biden’s thoughts were on the controversial topic by RealClearPolitics‘ White House reporter Philip Wegmann.

“Delegates at the National Education Association, they approved a measure last week calling for ‘the implementation of culturally responsive education, critical race theory, and ethnic studies curriculum in pre-K through 12 and higher education,” the reporter told Psaki, then asked, “The president obviously is a huge fan of education, the first lady is a teacher, a union teacher. I’m wondering, what are the president’s thoughts on the anti-racism curriculum in the classroom?”

Psaki said the president supports it. 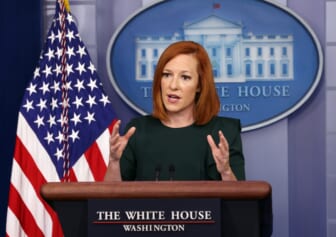 The White House’s comments come days after the nation’s largest teachers union, the National Education Association, “expressed support for the inclusion of critical race theory in schools across the country,” Mediaite reported.